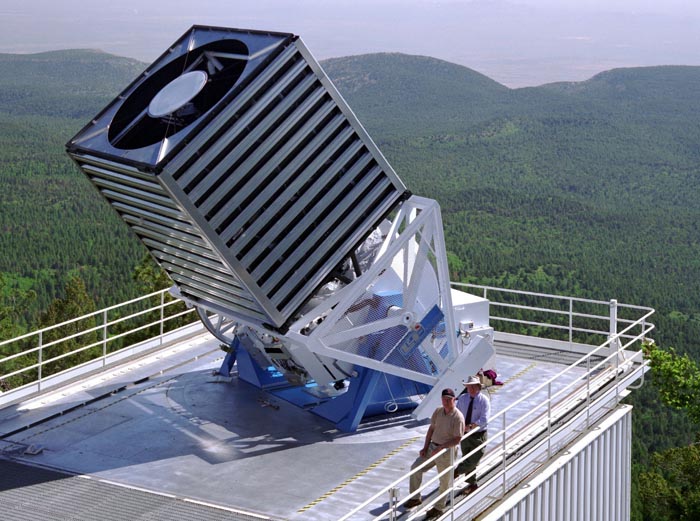 Mysterious pulses of light in space can be the signals carried by hundreds of different extraterrestrial civilizations. Astrophysics Ermanno Borra and Eric Trotter from Laval University, Quebec, Canada, announced that they spotted mysterious lights coming from 234 different stars in the milky way.

These pulses correspond to the profile of the signals, which, as predicted by Borra in his work, published in 2012, must use the representatives of extraterrestrial life to attract our attention.

“The fact that these signals are detected only to a very small group of stars of a certain spectral type, close to the spectral type of the Sun, too, is consistent with the hypothesis that contact with representatives of other civilizations,” added the researchers in their work.

All the Borra and Trotter analyzed a total of 2.5 million spectra of stars obtained by the Sloan digital sky survey, using the telescope located in new Mexico, USA.

However, representatives of one of the most influential organizations in the world engaged in the search for extraterrestrial intelligence, the SETI Institute, reacted to the work of Borra and Trotter very skeptical, giving it on a scale of credibility of the information about the detection signal, called the “Rio scale”, the index at level 0 (no detection) or 1 (minor).

Astronomers project a Breakthrough Listen with a budget of 100 million USD, in which over the next 10 years will be scanning the sky for signals from extraterrestrial civilizations have also expressed skepticism about this discovery, but agreed to watch a few of these stars using a 2.4-meter optical telescope, the Automated Planet Finder, located in Litskai Observatory, California, USA, said in a statement made by representatives of this project.

A study published in the journal Publications of the Astronomical Society of the Pacific.