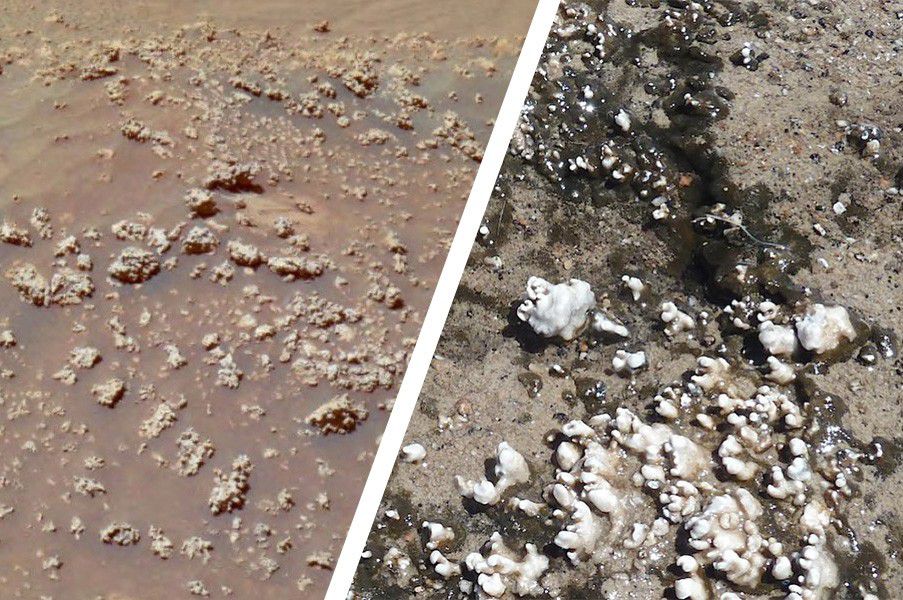 Could the now non-functioning Mars Rover NASA’s “Spirit” (Spirit) to detect evidence of the presence of life on Mars, even before he hit the sand trap and was decommissioned us space Agency in 2010? It is possible, say two scientists who discovered the place in the world, formed with the participation of microorganisms, which closely resembles one of the areas of the surface of Mars which the Rover investigated in 2007

The object of this new research are fingerlike formations of silica, which were captured by the Rover “Spirit” when he was Home on a plateau nestled in the mountains of Colombia, inside Gusev crater, in April 2007, the Rover worked at this location for more than five years studying the Geology of Mars and atmospheric phenomena on the planet. The Rover is a twin of the Mars Rover “Spirit” called Opportunity, continues to explore the Red planet, 13 years after planting.

Steve ruff (Steve Ruff) and Jack Farmer (Farmer Jack) from the research School of Earth and space at the University of Arizona, USA, conducted a comparison of the structures observed at the Home of a plateau, with structures observed in the Chilean Atacama desert, near the geysers of El Tatio, where the established data microorganisms contribute to the formation of the unusual structure of the siliceous sediments.

The Gusev crater is one of the priority scientific objectives for a future NASA mission “Mars 2020”, in which the red planet will be sent to the Rover, which will explore in detail these mysterious siliceous structure.