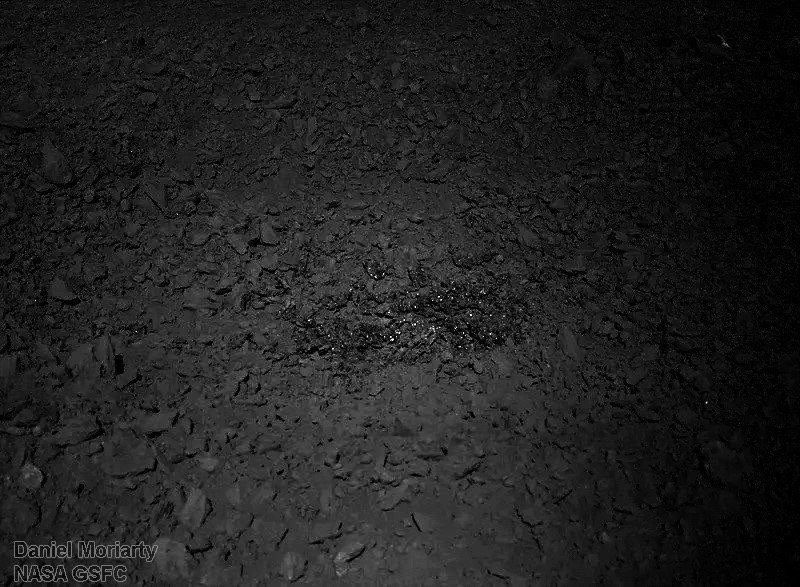 In August 2019, the Chinese lunar rover Yutu-2 discovered something strange on the opposite side of the moon: a mysterious substance that the Chinese National Space Administration (CNSA) called “jelly-like” and “colored.”

On Wednesday, the China National Space Administration published a new photo of the mysterious substance seen during the ongoing Lunar Program.

The new frame only confirmed the assumption of the formation of a substance due to a meteorite impact. These formations are called impactites and are formed at a pressure of tens of gigapascals and a temperature of 2000-3000 ° C. Similar impactites were discovered in 1972 during the Apollo 17 mission.

“The fact that education is pretty dark is only a fact. There seems to be blotches of light material inside large dark areas, although there is a possibility that this is simply a reflection of light from a smooth surface, ”Dan Moriarty, NASA fellow at the Space Flight Center named after R. Goddard.

Yutu-2 had difficulty approaching the alleged impactite, since the latter lies at the bottom of the crater. Two weeks later, the lunar rover will “wake up” and possibly give more answers about the nature of the substance.

China has been working on its own space program since 1956. The emphasis on the study of the moon was made in 1998, as a result of which the Yutu series lunar rover was developed. The device is named after the moon hare – a mythological creature found in the folklore of many peoples. The first lunar rover worked on the Earth’s natural satellite from 2013 to 2016, and the second model landed on the far side of the moon on January 3, 2019.