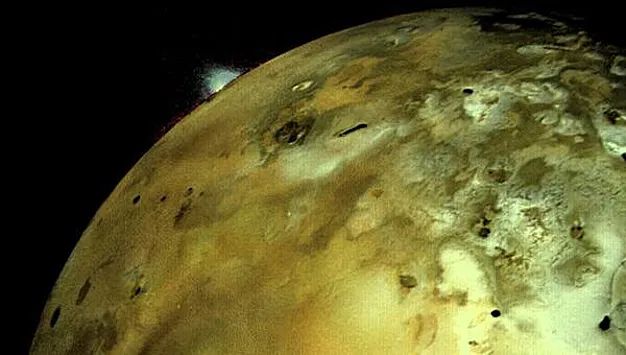 Researchers at Rutgers University have noticed a mysterious relief on Jupiter’s moon Io – it is assumed that these are dunes. The findings of the observations are described in Nature Communications.

The nearest satellite of Jupiter is almost the same diameter as the Earth’s Moon, but it orbits 420 thousand kilometers and has increased volcanic activity. Io’s surface appears bright yellow due to the large amount of sulfur in the soil.

In a new study, scientists examined images from the Galileo spacecraft from 1995-2003. Then they analyzed the visible relief structures, and it turned out that their size and the distance between the ridges are identical to the dunes on other planets and satellites of the solar system, for example, as on Earth. In earlier hypotheses, it was believed that the relief on Io was formed as a result of volcanic activity, and the dunes could not form there due to the specifics of the atmosphere and weak winds. Now scientists are aiming to continue research and prove their theory, because this will change the idea of ​​​​the climatic range of the existence of dunes.