Named the most dangerous for the Earth, a galactic catastrophe 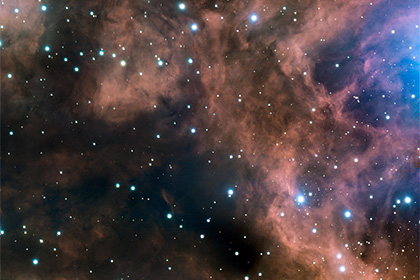 Astrophysicist Dimitra Atri from the Institute of space Sciences “blue marble” estimated possible loss of Mars’s atmosphere as a result of global cosmic cataclysms. Scientists presented estimates allow to call the most dangerous thing for the gas shell of the Earth galactic event. Preprint research published on the website arXiv.org.

The scientist considered four main scenarios for cosmic impacts on the Martian atmosphere: the flash of nearby supernova, a powerful galactic gamma-ray burst, passing through a cloud of interstellar dust and solar super flare. Most detrimental to the atmospheres of the planets would be the penultimate of listed event. It would lead to the loss of about percent of the gas shell.

Their calculations led scientist for Mars, the mass of the gas envelope which equal to 2.5 times ten to 16 kilograms. The super outbreak would reduce its weight of 950 tons, galactic gamma-ray burst — by 14 thousand tons, the flow of particles from supernova (at a distance of 30 parsecs from the planet) — 32 thousands of tons and passing through a cloud of interstellar dust — 101 billion tons. The estimates the author obtained by means of numerical simulation by Monte Carlo method, involving the use of the latest data on the structure of the upper layers of the Martian atmosphere, obtained, in particular, the automatic station of MAVEN (Mars Atmosphere and Volatile EvolutioN), which explores the atmosphere of the red planet 2014.