Named the most livable stars 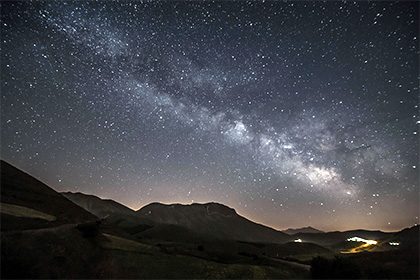 American astrophysicists have named the groups of stars most suitable, in their opinion, for the emergence and maintenance of their exoplanets of life. Devoted to the study of a Preprint published on the website arXiv.org.

Most promising for the search of possible traces of life are, as scientists believe, surrounds stars located in the interval from late spectral type G (like the Sun) mid-cycle development of class K (colder and large relative to the Sun star), which corresponds to surface temperatures of stars equal 4900-5300 the Kelvin.

Conducted analysis takes into account the frequency distribution of the Galaxy and the Universe different types of stars, the speed of stellar evolution, the size and location of the zone of potential habitability in close proximity to the sun, its magnetic field and x-ray radiation, the incidence of superspaces, as well as the physical characteristics of the lights (mass and temperature).

This allowed the scientists to enter a parameter HabPREP (Habitable-Planetary-Real-Estate Parameter) that describes the degree of suitability of the star to arise around life and independent, including from the width of the zone of potential habitability around her.

Since this area is close to red dwarfs (the most common stars in the Universe) is small, around the emergence of life is unlikely. Previously conducted research by other scientists showed that if close to a red dwarf will be born, it can be several trillion years.

A new study has confirmed the findings of other authors, which showed that the most suitable for the search for extraterrestrial life is the area around old stars of class G and a class of young stars K. To such conclusions scientists have come, having studied the carbonate-silicate cycles on extrasolar planets.