NASA accidentally sold it with the lunar ship samples “Apollo 11” 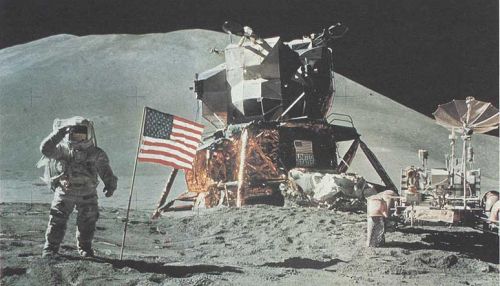 NASA accidentally sold an artifact from the ship “Apollo 11” that in 1969 landed on the moon, and is now trying to get it back.

American astronauts Neil Armstrong and buzz Aldrin July 20, 1969 landed on the moon in a module “eagle” spaceship “Apollo 11”. In front of millions of viewers who watched the moon landing live, Armstrong jumped off the last step of the lunar lander. Armstrong stayed outside the spacecraft for 2 hours 21 minutes. Aldrin became the second man to set foot on a celestial body, having made the mile walk on the moon’s surface.

Sold due to a clerical error, the bag was used for collecting samples of moon rocks in 1969. In the fabric from which the bag are still fragments of lunar samples.

The resident of the United States from Illinois Nancy Carlson managed to buy a bag for $ 995, but NASA claims that it is a priceless rare artifact, if not a national treasure. Error found when Carlson sent it back to NASA for authentication.

NASA decided to keep the bag and is now cooperating with Federal prosecutors, to restore the legitimate right of ownership.

This is not the first time around the bag was a bit of an argument. In 2005, the Director of the space center in Kansas was found guilty that he stole and was put up for auction of space artifacts from NASA. During the investigation, bag “Apollo 11” discovered in his garage.