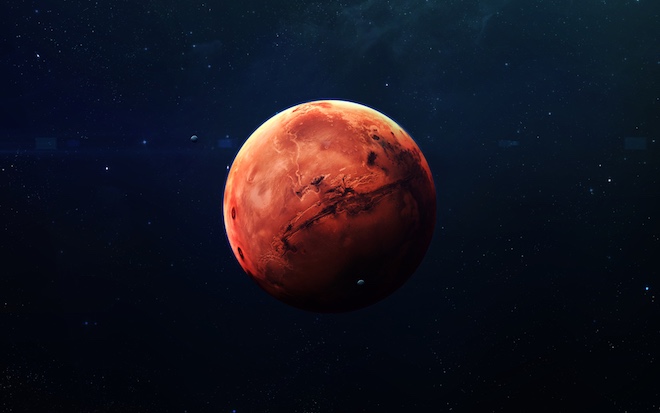 NASA and the European Space Agency (ESA) signed an agreement at a conference in Berlin, under which they will lead the first return journey to Mars. It should help answer many questions concerning the history of Mars, including whether there was life there.

The first step of this mission will be to get samples from the surface of Mars, place them in a capsule and deliver them back to Earth. After that, the rocks will be subjected to detailed analysis in laboratories using the most sophisticated technologies.

NASA spokesman, Dr. Thomas Zurbukhen, said that in addition to ESA, they are looking for other partners who can offer them ready-made solutions, which is better than developing their own.

Dave Parker, Director of ESA’s Manned and Unmanned Flights, said that it is very important that each mission yields some useful results, since the following missions will be planned based on them.

Dr. Caroline Smith of the London Museum of Natural History told the BBC that the statement of NASA and the ECA received enthusiastic approval from other visitors to the conference in Berlin, since only through international cooperation can the next huge step in the study of the solar system.

If life on Mars existed, then most likely it was manifested in the presence of various microbes, and it is possible to learn this only when studying samples from the Red Planet.

The current level of cosmic radiation on Mars, which is a consequence of its thin atmospheric layer, creates unfavorable conditions for any organisms. Therefore, if some living organisms are found, on Earth they will be subjected to strict quarantine.

As Dr. Smith explains, Earth protection is a priority, and all measures will be taken to ensure that no hazardous substances enter the biosphere of our planet if they exist. Conversely, much attention will be paid not to infect the environment of Mars with any substances from the Earth. Dr. Smith also assures that there are enough technologies to work with both biological and nuclear hazardous substances, and both agencies have sufficient experience in their use.

Dr. Zurbukhen notes how critical mission will be to return samples from Mars for further exploration of the Red Planet by man, than he actively plans to deal with NASA in the 2030s.

Based on the analysis of the samples of both the atmosphere and the soil, it will be clear what kind of danger they may pose for astronauts.

And although the main purpose of the study are rocks where the signs of life are most probable, volcanic rocks are also of great interest. It is thanks to them that one can understand the geochemical evolution of the planet Mars, for example, when lava erupted, and in general make up a more precise chronology of the Red Planet, which is now largely based on studies conducted on the Moon.