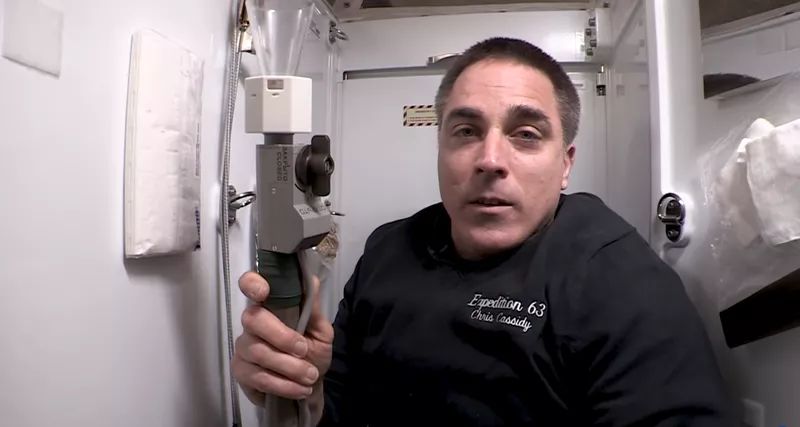 NASA astronaut and former SEAL Chris Cassidy has filmed a new instructional video on how to use the toilet aboard the International Space Station (ISS).

The space agency recently posted a video of Cassidy on its NASA Johnson YouTube channel. More recently, a new $ 23 million titanium toilet was delivered to the ISS, but unfortunately it is not on video. The astronaut explains how to use the previous version of the space toilet.

Judging by the video, the trash and hygiene section is located in a small room next to the gym. The toilet itself is a small seat with a metal container over which a plastic bag is stretched. The hole diameter is only 10-15 centimeters, so you always need to “aim”. The waste is sealed in a bag and pushed by the astronaut to the bottom of a metal container. The container holds about 30 of these bags, Cassidy said.

The urine is sucked into a vacuum tube with a funnel, which must be switched on in advance. Most of the urine is then recycled to the ISS using a water recovery system.

According to Space.com, on September 29, a titanium toilet arrived on the ISS, equipped with a comfortable seat and powerful fans to help pull in waste. It is more compact and lighter than the current toilet. Crew members must now begin testing it to determine if the $ 23 million toilet is suitable for future missions to the moon.