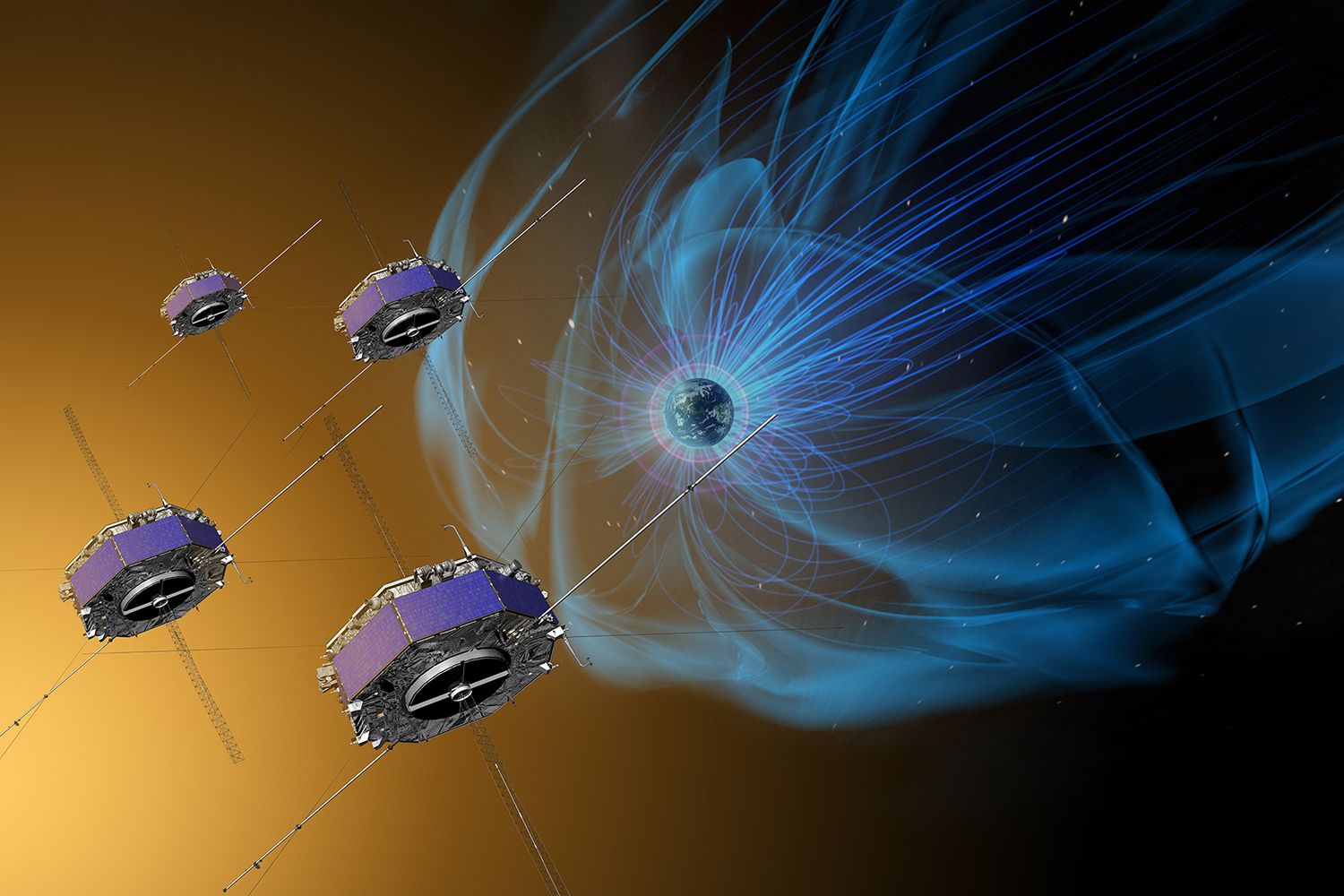 The large-scale NASA mission obtained unprecedented data about the explosion of high-energy protons and electrons in the Earth’s magnetosphere.

From time to time, the magnetic field of the Earth changes its lines, throwing streams of charged particles into the atmosphere. The four satellites of the NASA magnetospheric multiscale mission (MMS) recorded such an outburst in detail, providing important information about the phenomenon that drives the cosmic wind in the solar system. A study published in the journal Science.

Satellites have registered a phenomenon in the tail section of a huge magnetic bubble surrounding the globe: smooth streams of high-energy electrons moving at a speed of more than 15 thousand kilometers per second. Considering all the dangers posed by such a magnetic explosion, it is necessary to learn about it as much as possible.

The surface of the Earth is protected from a constant stream of high-speed electrons and protons flying from the Sun with a magnetic “umbrella”. The “fabric” of this umbrella oscillates, passing particles through closed channels and back into space. High-energy particles can threaten mortality, so protection is necessary. 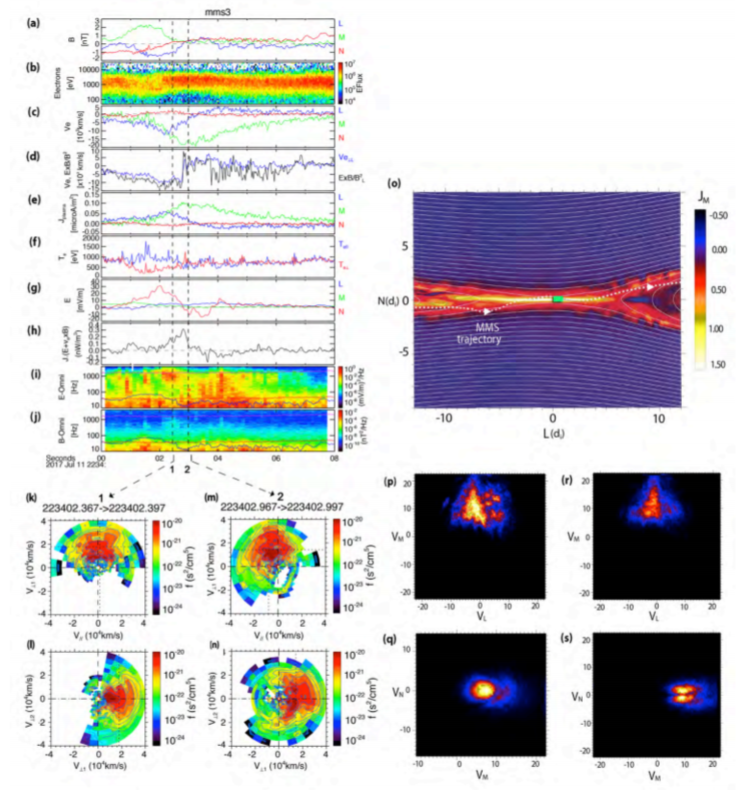 MMS data about the field and plasma / © NASA / MMS

However, not all particles remain in the designated magnetic field lines. This manifests itself, for example, in a phenomenon that we call the aurora. Sometimes coiling magnetic field channels are rearranged — a phenomenon known as magnetic reconnection — spraying their contents in a small explosion of charged particles.

One thing is to know that this is happening. Quite another is to watch it in high resolution. This, in turn, helps us improve our understanding of why such explosions occur not only above the surface of the planet, but also throughout the Universe.

“The more we know about these reconnections and the more we understand them, the better we can prepare for the extreme events that can happen because of them all over the Earth or anywhere else in the Universe,” says lead researcher of the MMS mission.

MMS satellites rotate in a wide closed orbit around the Earth almost 153 thousand kilometers above the surface. This is largely due to the irregular shape of the planet’s magnetosphere: at high altitude, it is distorted by the solar magnetic field and pulled out in the form of a long tail from the night side of the Earth.