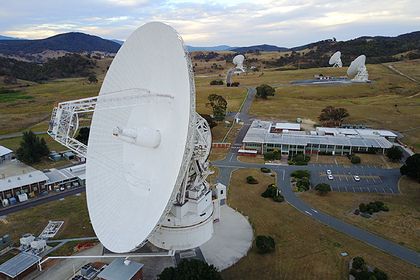 The antenna for deep space communications Deep Space Station 43 (DSS43) has earned, which made it possible to communicate with the Voyager 2 spacecraft, which left the heliosphere in November 2018 (for the Sun – the magnetic analogue of the planet’s atmosphere), NASA reports.

As recalls the American space agency, it was not possible to contact Voyager 2 since March of this year, while the DSS43 was under repair. NASA notes in particular that one of the radio transmitters used to communicate with the spacecraft has not been replaced in over 47 years.

In January, NASA reported that Voyager 2 did not perform a standard maneuver and was using too much energy.

Voyager 2 became the first station to fly past four giant planets of the solar system at once, which allowed the discovery of 3 new satellites of Jupiter, 4 – Saturn, 11 – Uranus, and 6 – Neptune. Until now, no spacecraft has flown so close to the last two planets. Voyager 2 also became the second station to leave the solar system. The first to do this in August 2012 was the Voyager 1 mission.

The boundaries of the solar system are determined in two ways: the heliosphere (the magnetic analogue of the planetary atmosphere) and the Hill’s sphere (the area with the determining gravitational influence of the central celestial body). For the Sun, the radius of the Hill sphere is estimated at one to two light years.