NASA: discovered a new planet in the constellation of the Dragon 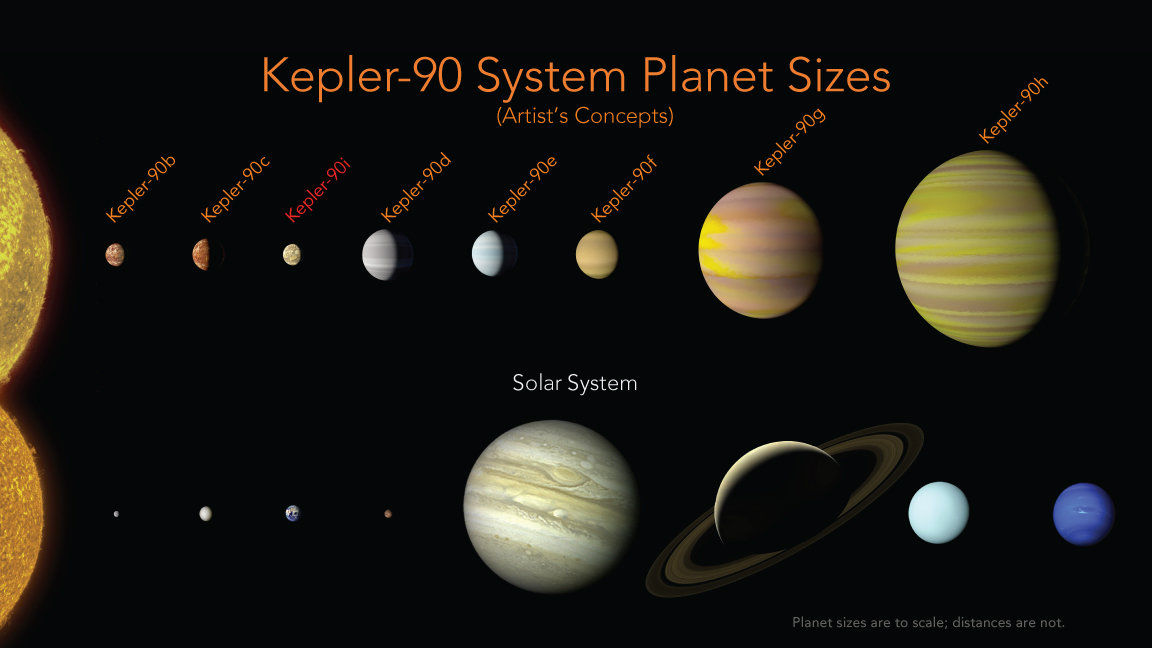 Scientists of NASA announced the discovery of a new, eighth, planet in the Kepler-90 star system. A new planet is found in a system located in the constellation of the Dragon.

The discovery of the eighth planet in orbit around the distant star Kepler-90 by an astronomer from the University of Texas at Austin, USA, Andrew Vanderburg and his colleagues changes the status of our solar system, which has the largest number of planets among all known planetary science systems . Now we are in a common thread.

This newly discovered planet, which was designated Kepler 90i – a red-hot rocky planet circling around the parent star with a period of 14.4 days – was discovered using a computer code that is a so-called neural network “trained” to search for signals from distant planets in an archive of observational data , collected with the help of NASA’s Kepler Space Telescope (Kepler). This space telescope detects distant extrasolar planets by tiny changes in the brightness of the star when the planet passes before it – the so-called “transit method”.

Like the neurons of the human brain, the program developed by the Vanderbourg team “sifted” the data collected by the Kepler space observatory and found a weak transit signal indicating the presence of a previously unobserved eighth planet in orbit around the Kepler-90 star, a sun-like star located at a distance 2545 light years from Earth in the direction of the constellation of the Dragon.

The system of this star, rich in planets, however, can hardly become the place of existence of extraterrestrial life. In this system, all eight planets are too close to the parent star, closer than the Earth to the Sun. Therefore, the temperature on the surface, for example, of the planet Kepler 90i is very high and reaches 450 degrees, according to Vanderburgh and his co-authors.