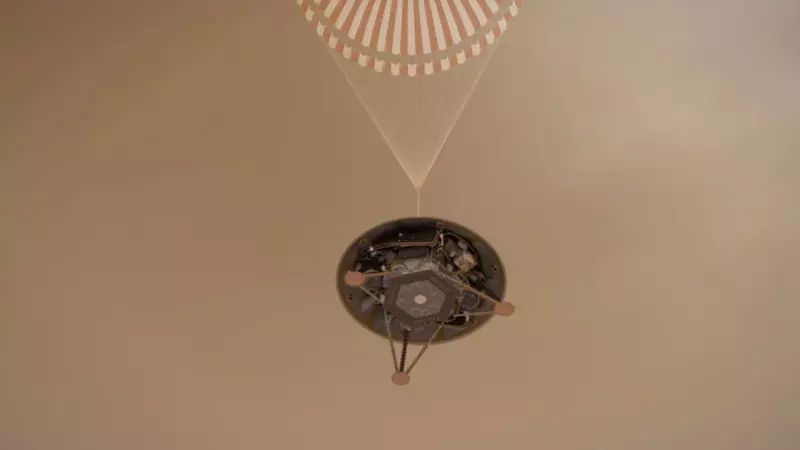 The InSight probe has traveled almost 500 million kilometers and is ready to fall on the surface of Mars. It was launched on May 5 and now scientists from NASA’s Jet Propulsion Laboratory are making final calculations for the course. The probe itself will land on the Red Planet on the night from November 26 to November 27, Moscow time. The action will not be easy. NASA will experience the notorious “seven minutes of horror,” which were remembered by the successful landing of “Curiosity” six years ago.

InSight will pierce the atmosphere of Mars at a speed of 20,600 kilometers per hour and slow down to 12 kilometers per hour. And all this in less than seven minutes. The probe will use the touchdown technology involved in the successful Phoenix 2008 mission. First, a parachute is used to slow down, and then 12 engines are activated and the probe gently lowers on three legs.

Seven minutes of braking
Will it work out? Maybe. Much can go wrong. More than half of all Martian missions failed. The European attempt to land the Sciaparelli probe ended in disaster in 2016, when a computer error sent it into uncontrolled rotation and it fell onto the surface of Mars, leaving behind a crater.

Why is it important? Unlike other rovers on the planet, InSight will dig into the surface of the Red Planet. Once in a safe position, he will begin conducting scientific experiments on the earth, including HP3, which will plunge him 5-6 meters below the surface to measure the temperature. There will be other experiments that will look for traces of marsh tremors – we have already written about them in more detail and will write further. This is an amazing mission that will begin in just a couple of days.

And that is not all. Two tiny cubs fly in the Mars Cube One mission for InSight. They will transfer data from the InSight mission to the JPL Mission Control Center. “