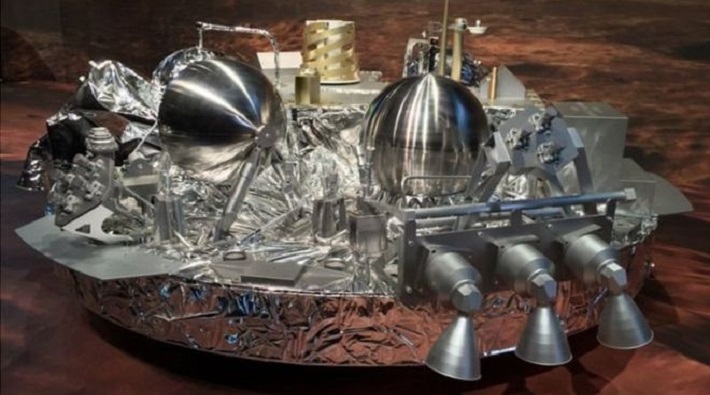 NASA’s Mars Reconnaissance Orbiter, it seems, not only found a place of falling of Schiaparelli, but also, apparently, picked him up from orbit.

Yes, that analyses all the information received continues, but experts from the European space Agency have a suspicion that the black speck that can be seen in the picture is the lander. White spot looks like a parachute. These findings made the researchers to compare the pictures of this place taken in the spring of 2016, with a new, obtained by NASA. The differences allowed us to assume that we can see in the pictures is exactly Schiaparelli.

While it’s pretty hard to see since the picture was taken on not the best camera. The Mars Reconnaissance Orbiter is equipped with different cameras, so soon we will show pictures in good quality, which will surely clarify. 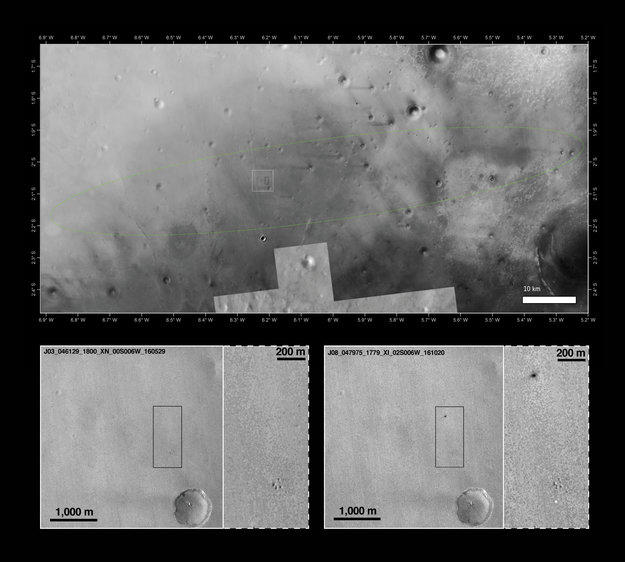 But it’s not so bad, because the Trace Gas Orbiter, the second device sent to Mars successfully entered the low orbit of the planet and is already working, and it will be useful for the second phase of the mission “Eczemas-2020” and will maintain communication with the Rover, which the ESA plans to send to Mars in three years.

Schiaparelli stopped responding about a minute before landing on Mars. The main version which is considered in ESA — engine failure responsible for the landing apparatus. In the control center reported that Schiaparelli fell from a great height and simply crashed.