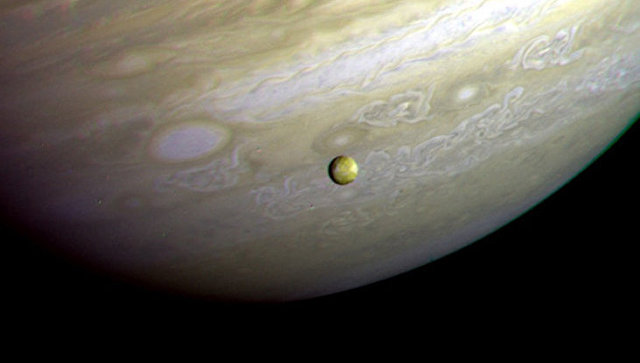 NASA has abandoned plans to reduce the orbit of the space probe Juno around Jupiter from 53 to 14 days in connection with an existing risk of loss of the academic mission with the inclusion of the engine unit, said the Agency on Friday.

“During a thorough audit, we reviewed a variety of scenarios, allowing to reduce orbit, but there remained the concern that another engine can result in a yield to worst than desired orbit. Summing up, the burn creates a risk to the completion of scientific studies, Juno,” said in connection with the decision were reported on the Agency’s website, project Manager Rick Nybakken.

Originally it was planned that the orbit of the probe, which orbited the gas giant Jupiter in July 2016, will be adjusted from the current 53 to 14 days. However, due to problems with two valves in the traction machine operation adjustment of the orbit was postponed.

“NASA probe Juno, which from June 4, is in orbit of Jupiter, will remain at the current orbit at 53 days before the end of his mission,” — said the Agency on Friday, explaining that “it will allow to fulfill all its scientific objectives, avoiding the risk of the previously planned switching engines, which was supposed to put the machine on a 14-day orbit”.

The Juno probe flying to Jupiter five years from August 2011, in early July, closer to the giant planets and came to a stable orbit around it. Juno makes a revolution around Jupiter for 53.4 per day.

Since the orbit of the planet, the unit made four approaching it at a very low distance of 4.3 thousand kilometers. The first convergence device with a gas giant on 27 August and was successful. The second convergence in October, the device is held in sleep mode and did not conduct observations, but the third and fourth flights in December and February respectively were in operation.

As noted in NASA, the preservation of long orbits will not only have a negative impact on the collected probe data, but, on the contrary, will help to enrich them at the expense of exploring the outskirts of the magnetosphere of the planet, as well as to mitigate risks for the device itself due to the fact that he will spend less time in the radiation belts of Jupiter.

It is expected that the probe will be in orbit allowfilerestore at least until February 2018, after which plunged into Jupiter, but it is possible that his mission will be extended.