NASA has discovered two dozen potential twins of the Earth 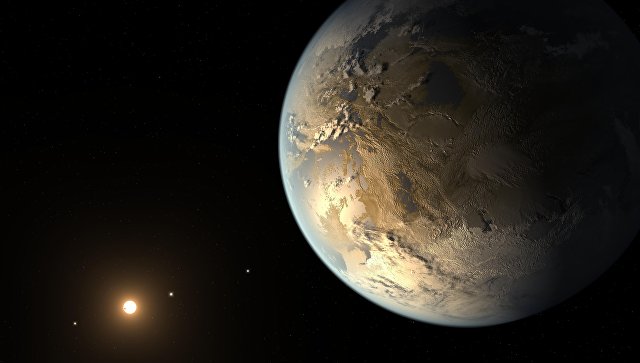 A new technique for image analysis helped the scientific team of Kepler telescope to open two dozen previously unknown planets, similar in size, mass and other properties to Earth.

“The KOI-7923.01 exoplanet makes one revolution around its luminary in about 395 days and is one of the most interesting twins of the Earth, potentially capable of supporting life, about the same size as our planet, but the climate is slightly colder,” – said Jeff Coughlin, the head of the Kepler mission.

After the launch of the Kepler orbital telescope, scientists discovered almost two thousand planets outside the solar system, several dozen of which are potential Earth twins or are in the so-called zone of life. Their discovery prompted planetologists and astrobiologists to begin developing methods that would allow us to assess the suitability of these planets for life or to try to find its traces in their atmosphere.

In May 2013, the telescope failed, but the specialists found a way to continue its work within the framework of the mission, called K2. Before the breakdown, Kepler was sent to one point in space and watched only a small corner of the sky at the junction of the constellations of Cygnus and Lyra.

After the “resurrection”, the telescope observes different areas of the sky: NASA experts periodically rotate it so that sunlight does not get into the lens. In addition to new observations, Kepler’s team continues to study the data collected at the first stage of the telescope using new methods to analyze the brightness of stars over time.

Many planets, as Coughlin notes, are very far from the luminary, so in four years of observation they managed to make only two or three, or even just one revolution around their star. Such planets are almost impossible to discover with the help of traditional methods of searching for celestial bodies due to variations in brightness of luminaries, since the signal about their existence will be clogged by noise associated with the appearance of stains on the stellar surface and other changes in the luminous intensity.

Earlier this year, Kepler’s scientific team created an algorithm that allows to remove such noises and recognize exoplanets that are at a considerable distance from the stars. So it was possible to open at once ten potential “cousins” of the Earth in one of the last sets of pictures from “Kepler”.

Using the same technique, Laughlin and his colleagues analyzed the entire archive of data and compiled a new catalog of so-called KOI objects – already open exoplanets and candidates for this role. Thanks to this, the number of potential planets, the year on which lasts more than 30 days, increased by an average of two or three times, and the number of planets, where the year is comparable with the terrestrial, increased by several orders of magnitude.

The list has got a little more than eight thousand objects, about half of which are potential planets. Two hundred of these planets, as the planetologist notes, were found during the re-verification of data, and two dozen of them are potential duplicates of the Earth.

But it is KOI-7923.01 – while the most promising candidate for the role of a full-fledged twin of the Earth among the planets, found with the help of “Kepler” for all of his work. Its radius is approximately equal to the earth’s radius, it rotates around a star, a little less large and hot than the Sun, and the year lasts about 400 days.

As scientists note, this planet is on the outskirts of the zone of life: the climate on it is likely to represent something in between the Earth and Mars. If on its surface there is water and all the necessary elements, then, in principle, nothing prevents the emergence and existence of life on this “cousin” of the Earth.