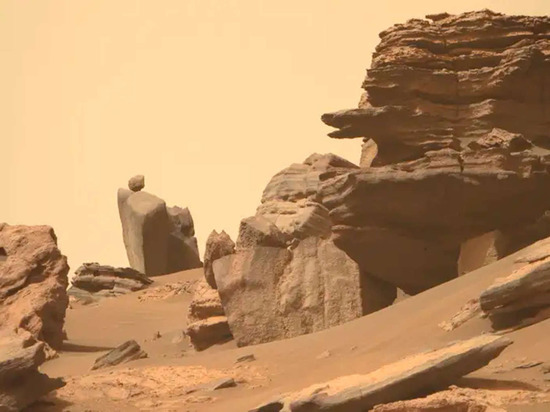 The Perseverance rover sent back a photo of an unusual boulder on Mars. The stone seems to be “balancing” on a smooth rock. The picture was published by NASA.

It is noted that the photograph of an unusual stone was taken on June 12 by the main camera of the Mastcam-Z rover.

Perseverance in February 2021 began the study and collection of soil in the Lake Lake crater on Mars. This 49-kilometer crater was formed as a result of a meteorite impact about 4 billion years ago. Scientists note that this crater after the fall of the meteorite turned into a lake, a river flowed into it.

The search for life and its traces on Mars is the main task of the Perseverance rover.