NASA has published pictures of a dust storm on Mars 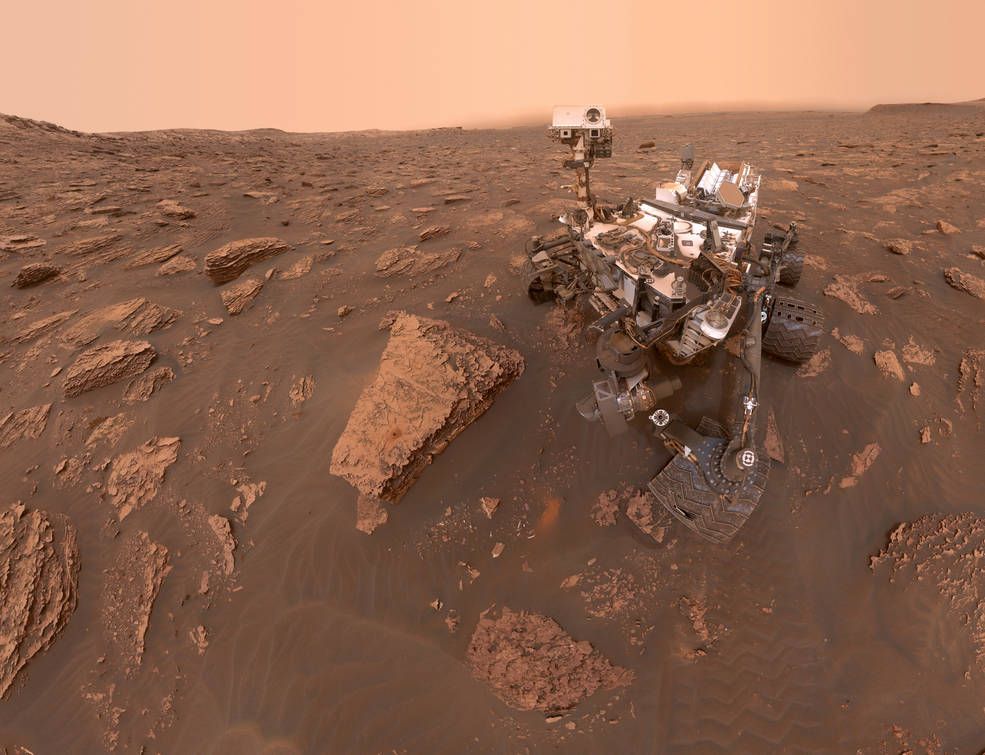 A dusty storm swept through the greater part of the Red Planet. Because of it, the Space Agency has been forced to suspend the scientific operations of the Opportunity rover. Another NASA device, Curiosity, is located in the Gale crater, where signs of storm are less visible. Nevertheless, the area of ​​the cataclysm increased, and the consequences reached the crater. The camera on board the second camera photographed the approach of the storm.

Over the past weekend, the amount of dust has doubled. Astronomers measure the opacity of the atmosphere in so-called tau units. Now the opacity indicator over the crater of Gale is eight units – the highest ever Curiosity mission since August 2012. The last time Opportunity measured this ratio, it reached eleven.

Specialists who observe the storm from the Earth still can not say unambiguously why some of the Martian dust storms grow during the months, while others stop in a week. The raging cataclysm presents a new opportunity for them to find out the cause. Thanks to the Curiosity rover and the spacecraft in orbit, the scientists first gathered a lot of material about the dust storm both from the surface and from space.

These frames, made by Curiosity, show how for two weeks the rim of the crater of Gale gradually closed the haze / NASA

The photographs show changes in illumination inside the Gale crater before and after the storm. The left photo was taken on May 21, the second – on June 17. The predominance of red color appeared due to dust clouds in the atmosphere / NASA

Dust storms are typical for Mars, especially in the southern hemisphere in spring and summer, when the planet is closest to the Sun. Winds are formed because of the temperature difference in the atmosphere, which heats unevenly. At the same time, the storm is usually limited territorially, but this storm covered vast spaces. According to the Space Agency, if it occurred on Earth, its area would exceed North America and Russia combined.