NASA has published the picture made the Hubble telescope 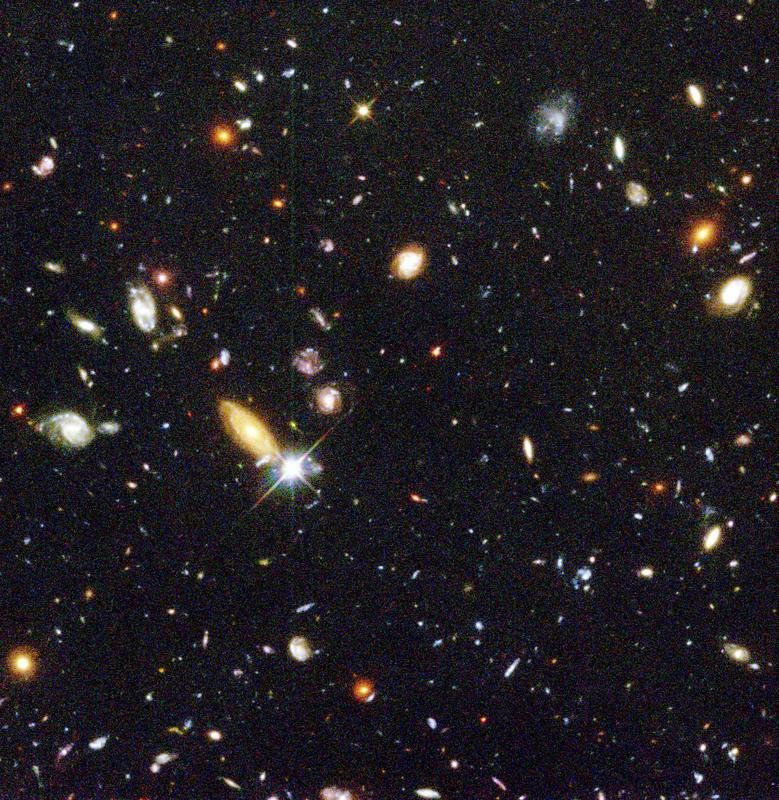 The other day the picture which has been transferred by the Hubble telescope has been laid out in free access. According to scientists, this photo has cardinally changed ideas of all astronomy. Besides, thanks to information which experts had obtained, studying it, has given an impetus on carrying out a set of space projects, write “Topical news”.

As researchers tell, this picture was “under seven locks” the National Aeronautics and Space Administration therefore most of scientists never saw this photo. Not it is clear why, but now the management has made the decision to publish this image. Now all scientific astronomers can work with him.

This picture really unique. On him not separate stars, but at the same time whole galaxies are imprinted. To some of these galaxies more than 12 billion years. Besides, for the first time people have had an opportunity to look in the most intimate corners of the Universe. Studying of this unusual picture has given to scientists the chance to prove that the Universe is boundless.

Interesting the fact that such picture, important for science, appeared in years very difficult for NASA. At that time many were dissatisfied with management because of an annoying gaffe which experts made when sending for a telescope orbit. Occurred here that, the telescope in 1990 orbited with the idle mirror module. The population and the government could not forgive to the agency that 2,5 billion allocated for the project will not be repaid.

After replacement of the optical module, the head of the mission made the offer to photograph emptiness. Thanks to Robert Williams’s intuition people received the first unique photos, and NASA returned the reputation.

Today scientists of the whole world can investigate this picture and solve many new riddles of space.