NASA launched the station to the main threat to the Earth 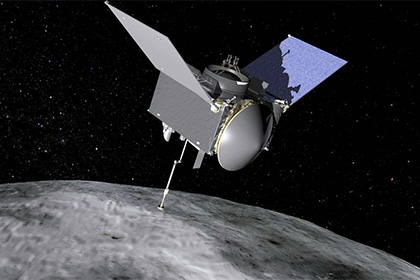 NASA has launched a mission OSIRIS-REx (Origins Spectral Interpretation Resource Identification Security Regolith Explorer) asteroid Bennu, which is considered one of the most dangerous for the Earth objects. Live webcast launch was conducted on the Agency’s website.

The launch of the mission OSIRIS-REx took place at 19:05 on launch vehicle Atlas V launch site at Cape Canaveral. In 2018 it will reach its target asteroid Bennu, a fragment of which the descent capsule should fall to Earth in 2023.

In addition, the station OSIRIS-REx will study the change of the trajectory of Bennu due to thermal radiation due to the Yarkovsky effect. Astronomers also plan to create a detailed map of the asteroid and to investigate its chemical composition.

Mission OSIRIS-REx — the third and last part of the programme of study the least explored areas of the Solar system New Frontiers, supported by NASA. Before that it was New Horizons, is devoted to the study of Pluto, and Juno (Jupiter Polar Orbiter), the purpose of which was to study the magnetosphere of Jupiter.

The average diameter of Bennu — about 500 meters, the period of revolution around the Sun is 1.2 years. The asteroid, according to NASA, is one of the most dangerous known to man of the celestial objects closest to the planet it will be in 2135 year when it will be at a distance of about 300 thousand kilometers from Earth.