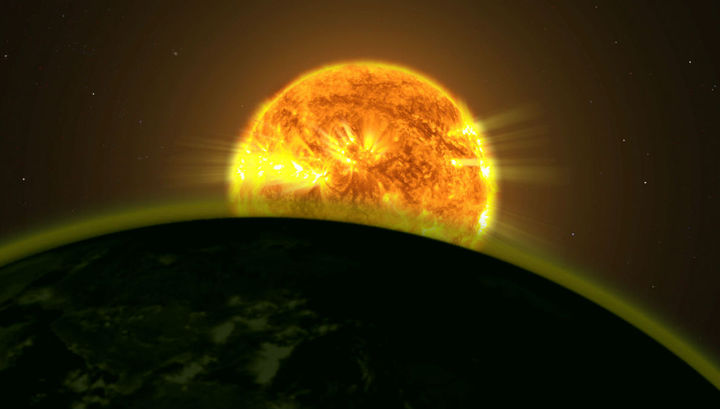 How to understand if the planet is suitable for life? Telescopes that can see a living creature on another planet, even if it is very large, are not expected in the near future.

The first thing that comes to mind is whether the temperature on the planet is suitable so that water can exist on it in a liquid state. So there was the concept of “habitability zone”. Astronomers are looking for and finding planets in inhabited zones of different stars.

And, of course, it is very important to understand whether there are substances on the planet that are necessary for life. For example, it is the rich chemistry of the satellite of Saturn Titan that makes scientists suspect that life there is already there or may be born in the future. For the sake of the potential prosperity of this life, even the fully functional Cassini apparatus was even destroyed.

But on the planet of a foreign star you will not send a probe with chemical analyzers (at least for now). How, then, to learn the chemistry of the distant world? Of course, investigating the spectrum of radiation coming from a distant planet. (By the way, it is this way that Hubble discovered water on land-like planets not so long ago.) And it is not necessary to search in the visible range. Infrared astronomy, which we recently talked about, is much more effective in this matter.

Many chemical compounds have their own “signatures” in the infrared range – “peaks” and “dips” on the spectrum graph (corresponding to radiation and absorption of radiation of a certain wavelength and similar to thin lines). Here on these tracks the necessary substances can be identified.

Of course, scientists are primarily interested in oxygen, methane, ozone, water vapor, carbon dioxide and nitrous oxide (N2O). By the way, it was living organisms that once did on the Earth “the oxygen revolution.” However, it is difficult to observe the lines of these gases, this requires many days of observational time. And astronomers are always in short supply, because there are fewer instruments and financing than interesting tasks. 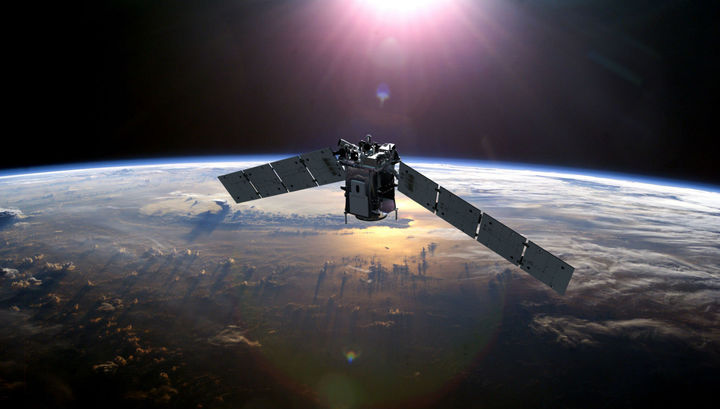 A team of scientists led by Vladimir Airapetian from NASA proposed a new way of searching for planets with a life-friendly chemistry. It uses “signatures” that are much easier to detect. But, as usual, there is a nuance: they appear only due to stellar storms.

We wrote in detail about the ejections of the coronal mass, which regularly “spits” the Sun. Due to its magnetic field, they influence little on the Earth (by the way, Mars was less fortunate). But this is because our luminary was ripe and calm.

Young active stars, similar to the Sun or slightly colder (spectral classes G and K), emissions are stronger and occur more often. Therefore, charged particles, breaking through into the atmosphere of the planet, can make a rustle in it. That’s what the new method is betting on.

Under the action of particles of stellar wind, water molecules (H2O) are converted into hydroxyl (OH-) molecules. Atmospheric nitrogen is oxidized to its monoxide (NO). Two of these substances have very clear infrared “signatures”.

Are there enough of them to be seen from the Earth? To answer this question, researchers adapted a model that has been used for decades in atmospheric physics. This model predicts the response of the Earth’s ozone layer to coronal mass ejections. Hayrapetyan’s group managed to adapt it to a new task. In addition, the authors used the data of the TIMED spacecraft, which studies the composition and temperature of the Earth’s atmosphere.

Computer modeling with the use of “space” data showed that in the atmosphere of a planet similar to the Earth, but revolving around the active star, “signaling substances” formed a lot. So much that an infrared telescope with a diameter of only 15-25 centimeters could distinguish them in the atmosphere of the nearest exoplanets in two hours of observation.

Such a signal would mean that the planet contains oxygen, nitrogen (the most important component of proteins) and water vapor, and even atmospheric pressure is close to the earth’s. So, such a world can be inhabited.

However, if the signal is too strong, it does not bode well. After all, this means that the planet does not have a magnetic field that would hold up almost the entire stellar wind (and this is necessary so that living beings on the planet do not die from radiation). Therefore, a “moderate” signal indicates that the planet is suitable for life.

A scientific article with the results of the research is published in the journal Scientific Reports.