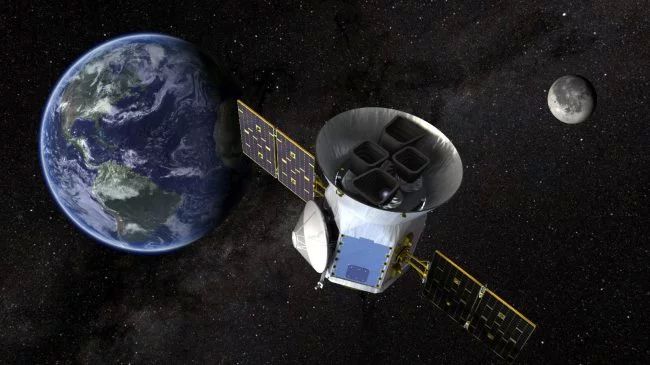 A new telescope NASA, created specifically to search for exoplanets, is preparing to launch on Monday. April 16 Transiting Exoplanet Survey Satellite (TESS), riding a Falcon 9 rocket, will set out to conquer the near-Earth orbit. More about what TESS is, we’ve talked about here.

TESS will pick up the mission of the Kepler Space Telescope, which should be completed by the end of this year. “Kepler” found more than 5000 candidates in exoplanets and confirmed about half of them. TESS will be able to explore 350 times the greater sky area than Kepler, and will find about 20,000 exoplanets in the first two years of operation.

It will take about two months after launch to place the satellite in orbit – halfway from Earth to the Moon – and test its cameras. “After that, the flow of information will flow,” says the chief investigator of the mission, George Ricker of the Massachusetts Institute of Technology.

TESS will use the same transit method that Kepler used to search for planets. The telescope observes the star in search of failures in its light – they mean that a planet passes between the star and the telescope. The frequency of failures means how quickly the planet turns around its star, and the amount of blocked light indicates the size of the distant body.

Unlike Kepler, who studied distant stars in a small area of ​​the sky, TESS will study the stars closer, but 85% of the sky. The telescope is optimized for observing small and colder stars that emit mainly red light.

“90% of the stars in the Milky Way emit light at red wavelengths, and these stars, apparently, have more planets at their sides than stars of the Sun type,” Riker says. “Nature seems to say: look here, look here, and that’s exactly what we’re going to do.”

Because of their proximity, these stars will be ideal targets for the James Webb space telescope, which will be launched in 2020. He will look for signs of life in the atmospheres of exoplanets.