NASA opened life in the geysers of Enceladus? 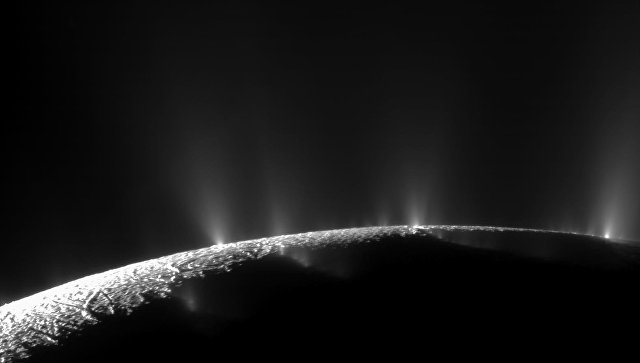 The statements of the hacker group Anonymous that NASA scientists found traces of extraterrestrial life on Enceladus, the satellite of Saturn, but hide it, are not true, said Thomas Tsurbukhen, deputy head of the scientific division of NASA.

“Contrary to some reports distributed in the media, we are not preparing any statements related to the study of extraterrestrial life, are we alone in the universe? We do not yet know whether this is so or not, but we are preparing missions that will help us find the answer to this The fundamental question, “the scientist writes in his microblog on the Twitter network.

A week ago, representatives of the hacker group Anonymous posted in Youtube an unusual video in which they claimed that NASA would soon announce the existence of extraterrestrial life.

Such a conclusion, according to the online edition of Space.com, they did not based on “leaked” data or hacked correspondence of representatives of the space agency, but on the basis of Zurbukhen’s speech before the US Congress in April this year. In the framework of this report, the scientist told US parliamentarians about the successes NASA achieved in the search for analogues of the Earth and extraterrestrial life.

One of the main points of this speech was that Enceladus, one of the moons of Saturn, is today the main candidate for the role of the first “cradle” of extraterrestrial life, since in its warm under ice ocean there is everything necessary for the origin of life – water, nutrients, minerals and Source of energy. This source, a hydrogen molecule, was discovered very recently when studying the emission of Enceladus geysers by the Hubble telescope and the Cassini probe.

Then Tsurbukhen declared that NASA and mankind “are on the verge of the most amazing and significant discoveries in the history of the Earth.” This statement representatives of Anonymous, as noted by Space.com, was considered sufficient to suggest that NASA has already discovered traces of life in the geysers of Enceladus, but so far is hiding it and is preparing to announce it in the near future.

Tsurbukhen himself denies that this is so in fact, but at the same time the leadership of NASA has not yet made any official statements on this matter.