NASA plans to send a new robotic probe to Venus 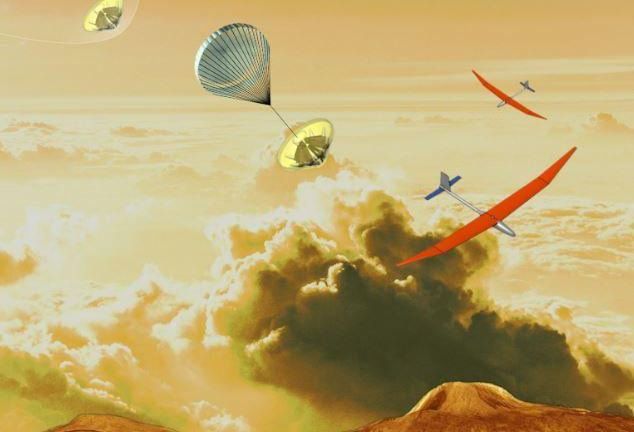 In the coming decades, NASA and other space agencies plan to send several ambitious missions to other planets in the solar system. In addition to a detailed study of Mars and the outer part of the solar system, NASA plans to send a mission to Venus to find out new details relating to the past of the planet. Before the mission, the tasks of studying the upper layers of the atmosphere of Venus are set, and in addition, an attempt will be made to determine whether there could ever be water in the liquid form on the surface of the planet.

To meet this ambitious challenge, NASA plans to team up with Black Swift Technologies, a company headquartered in Boulder, Colorado, specializing in the development of unmanned aerial vehicles – to build a drone that can last for the required time in the upper mission layers of the atmosphere of Venus. This will not be an easy task, but if the proposed design of the device satisfies the technical requirements of NASA, the US space agency will reward the company with a contract for the construction of a drone for the exploration of Venus.

In recent years, NASA has again become interested in Venus, primarily because the recently proposed climate models have shown the possibility of liquid water on the surface of Venus, at least once in the past. This water probably was on the surface of the planet in the form of a shallow ocean that covered most of the surface of Venus about 2 billion years ago, before the onset of the rapid development of the uncontrolled greenhouse effect that turned it into that red-hot and inhospitable world it is today.

In addition, another recent study has shown that the existence of microbial life is possible in the upper atmosphere of Venus.

Currently, Black Swift has already received a grant from NASA in the amount of 125,000 USD for the development of the conceptual design of the Venusian apparatus and finding out what materials and ready-made constructive solutions are required for its creation. This grant is granted to the company for a period of 6 months, after which the contract can be extended in case of successful development of the concept of the model – to create a full-fledged aircraft for exploring the clouds of Venus.