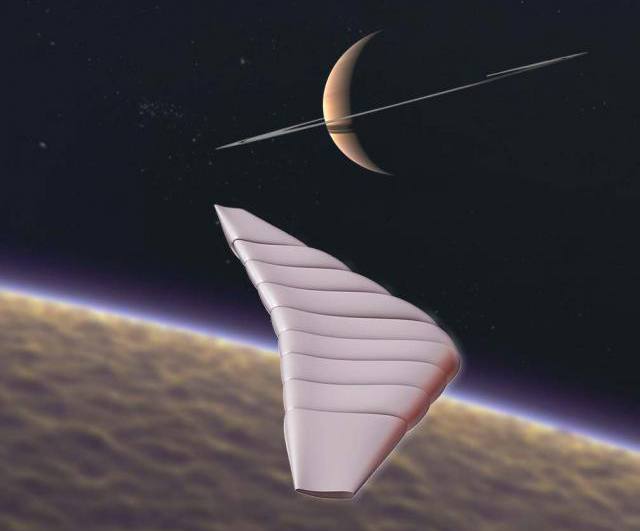 NASA plans to send the biggest of the Saturn’s moon Titan unmanned flying wing. The development unit, the Agency ordered the companies Global Aerospace and Northrop Grumman Aerospace Systems. The drone has been called Winged Aerobot. In the first phase is the creation of a prototype that will be tested on the Ground.

The device is easy to fly in the dense atmosphere of Titan and maneuver. Rugged design allow it to withstand the pressure of the atmosphere of Saturn’s moon.

On Titan has already been created by man the unit. In 2005, on the moon’s surface as part of the mission, Cassini dropped the Huygens probe, however, he worked only a few hours.

Titan is the only moon in the Solar system that has a dense atmosphere and there is a circulation of the liquid. Scientists theorize that Titan may be life, but it has no water and the temperature is minus 184 degrees Celsius.

In contrast to Huygens machine Winged Aerobot will be able to explore a few places on Titan. Because it will fly closer to the surface than Cassini, the drone will be able to see it in detail. The device will use a nuclear power source, which is usually used for distant missions.