NASA proved the possibility of the existence of inhabited “Tatooine” 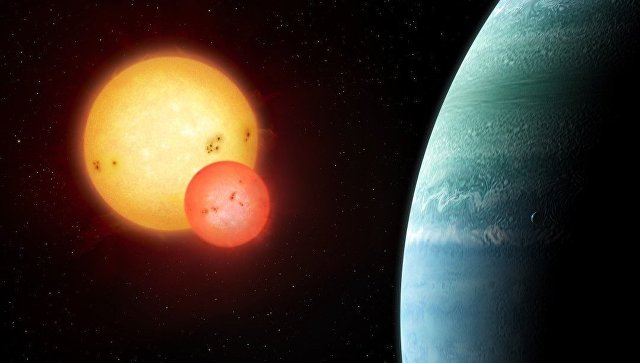 Planets like Star Wars Tattoo can really support life and not even be deserts, as in George Lucas’s epic, if they are distant from their two Suns at an ideal distance, planetologists from NASA state.

“All this means that dual systems of this kind are excellent candidates for searching for inhabited planets, despite the fact that such” Tatooine “will receive extremely different amounts of light at different times of the day,” says Max Popp of Princeton University (USA).

So-called “tattoins” – planets revolving around two stars – are a relative rarity. Since the discovery of the first such planet, found by the Kepler telescope in 2011, only 11 “tattoins” have been found in nine star systems. Scientists associate their rarity with the fact that such planets are extremely difficult to see with the help of today’s telescopes.

Many astronomers today believe that all “tattoins” should be gas giants, since the formation of small and dense rocky planets will be hampered by the tidal forces of the luminaries around which they rotate. In favor of this is the data on the composition of all 11 tattoins. Only recently British astronomers have found hints at the existence of the earth-like Tatooine in the constellation Snake.

Popp and his colleagues found out that the moons of these giant planets or the analogues of the “real” Tatuin from Star Wars, studying the climate of the planet Kepler-35b, one of the first planets of this type found by the Kepler telescope in 2012, have not yet been found.

Kepler-35b, like all the other “tattoins”, is an analog of Saturn, revolving around both stars in an elongated orbit, making one revolution in 130 days. He is too close to the luminaries, far beyond the “zone of life”, because of which life on his companions could hardly exist.

Therefore, scientists “moved” the orbit of the supposed analogue of the Earth away from the stars, placing it at a distance, 10-20% greater than the distance between the Earth and the Sun. At this distance, the year on this planet will last about 340 or 380 days, depending on the current orbital cycle (the attraction of stars will greatly influence the motion of this planet).

As the calculations of Popp’s team have shown, the hypothetical “Tatooine” at such a distance from the luminaries will have a fairly stable, albeit very changeable climate – the average annual temperatures can vary by 1-2 degrees on it depending on the season. In principle, it could support life, although at the same time its climate would be quite cold. In the skies of a similar “Tatooine,” as noted by scientists, there should be less clouds than on Earth, which is important in the context of studying their atmosphere and assessing habitability.

Interestingly, most of these planets located at the far end of the “life zone” of binary stars are likely to have a deserted or simply arid climate due to such fluctuations and a small amount of water in the air. Therefore, we can say that the probability of opening a “full-fledged” analogue of Tatuin with its deserts and water problems is quite high.