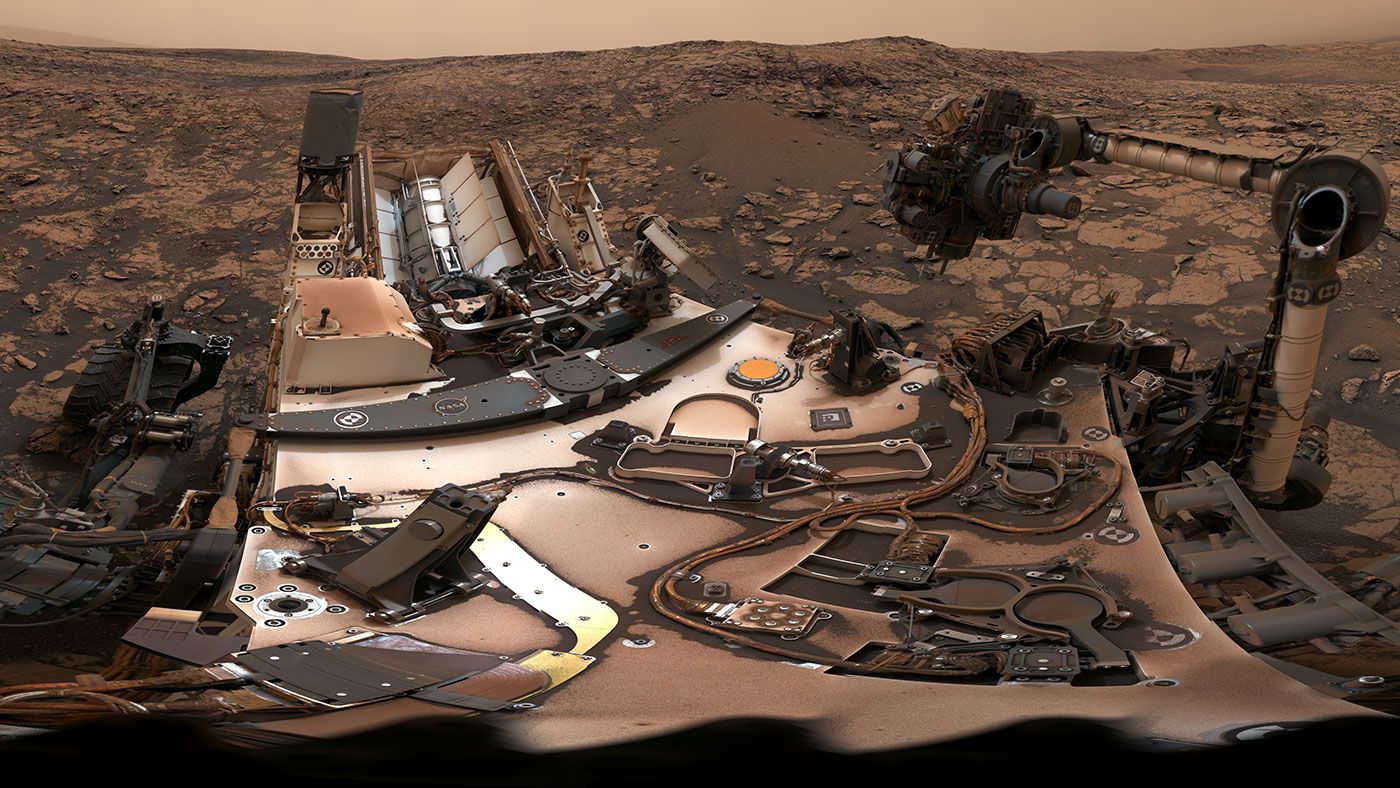 The dust storm on Mars began in the first days of June. Originating in the Perseverance Valley, it spread to the entire planet. Space agency specialists had to turn the Opportunity rover into a crisis mode due to the fact that its work depends on solar panels. Now there are searches for the rover, which have not yet been crowned with success. His later analogue Curiosity uses a radioisotope thermoelectric generator (RTG), which allowed him to capture the development of the cataclysm.

Curiosity is now on the lower ledge of the Vera Rubin Ridge ridge, NASA reports. There he photographed a 360-degree panorama, which demonstrates the effects of a dust storm. In the photo, the body of the device is covered, covered with a layer of dust. In addition, it shows the latest goal of the rover – the region of Stoer (Stoer), named after the Scottish city, whose lake sediments gave knowledge about ancient life on Earth.

In 2016 part of the drilling mechanism of the rover stopped working, so engineers had to look for alternative ways of drilling. In February this year, they tried one of these in the territory of Lake Orcadie (Lake Orcadie), and it worked. However, later, when examining Vera Rubin’s ridge, two attempts to drill failed. Now scientists are trying to understand what made the stones so hard. They believe that in the past the ridge was washed by underground water, which distributed a certain “cement” on its surface.

The candidate for the role of “cement” is considered to be hematite, a mineral of iron, which is formed in water and which is found in large quantities in the ridge. Engineers plan to take two more soil samples in September – perhaps they will confirm the theory. Then, in October, the rover will go to Mount Eolide (Mount Sharp), where the areas are rich in clay and sulfate minerals.