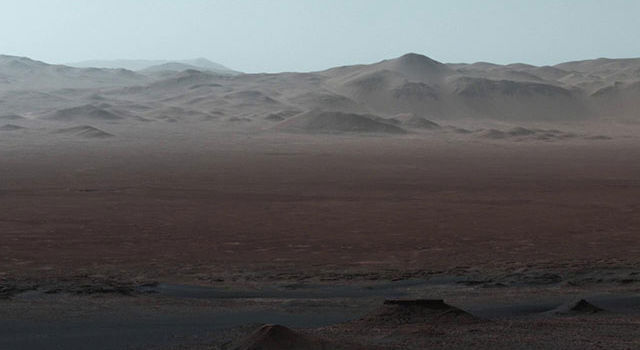 NASA published a panoramic video of Mars, filmed with the help of the planetwalker Curiosity.

The panorama is made up of photographs taken from the Vera Rubin mountain ridge in the Gale crater. Since the shooting was done shortly before the winter solstice on Mars, the sky on the planet was clear, which allowed to get a lot of details on the frames.

Curiosity is a third-generation rover, which is an autonomous chemical laboratory. The landing of the rover on Mars took place on August 6, 2012. By the beginning of 2018 Curiosity “passed” on the planet 18 kilometers.