NASA published a photo of a large red spot on Jupiter 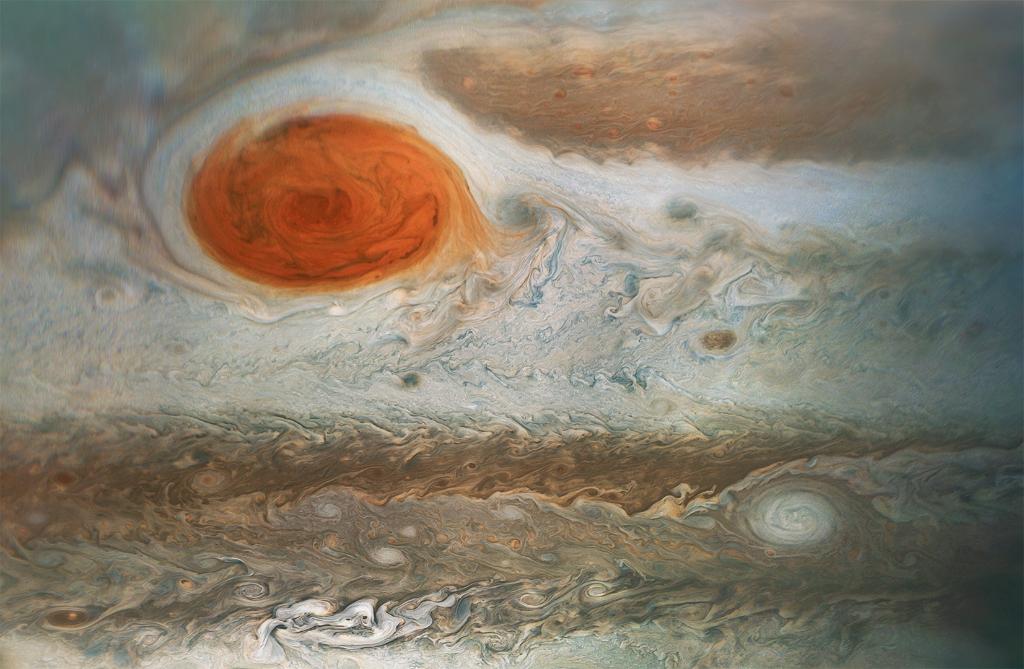 NASA published a new image of a large red spot on Jupiter, made during the twelfth convergence of Juno’s automatic station with the planet.

The photograph was composed of three separate photographs taken by the apparatus from a distance of 25 and 49 thousand kilometers from the cloud layer of the gas giant.

“Great spot” is a powerful hurricane-anticyclone, whose winds move at a speed of about 430 kilometers per hour. It is about 1.3 times wider than the Earth, and the temperature difference in the warm and cold points of a large red spot exceeds several hundred degrees.