NASA published a picture of the Great Red Spot of Jupiter 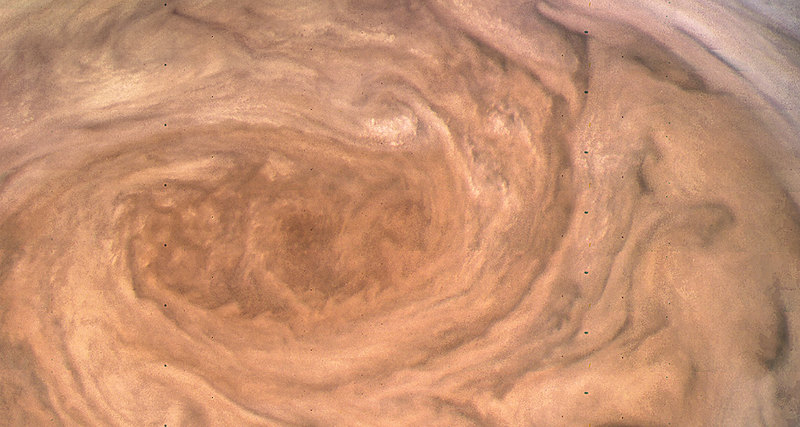 Today, the space agency posted the first photos of the Great Red Spot, a huge vortex on Jupiter, first photographed by Juno from a height of only 9,000 km.

We already wrote that recently NASA’s space research device Juno approached the Great Red Spot of Jupiter for a distance of 9000 km to make a detailed photo of this mysterious phenomenon. Today the agency published the first pictures of a colossal storm. Kevin Gill, Software Engineer, NASA Jet Propulsion Laboratory in Pasadena, California, has processed several images of the cloud cap of the anticyclone, with a wind speed of 600 km / h.

Journey Juno began in August 2011, and the unit arrived in Jupiter’s orbit in July 2016. Since then, he has been studying the atmosphere of the giant planet, collecting data on magnetic fields and recording the aurora to give astronomers an idea of ​​the structure of the gas giant, How the planet was formed. 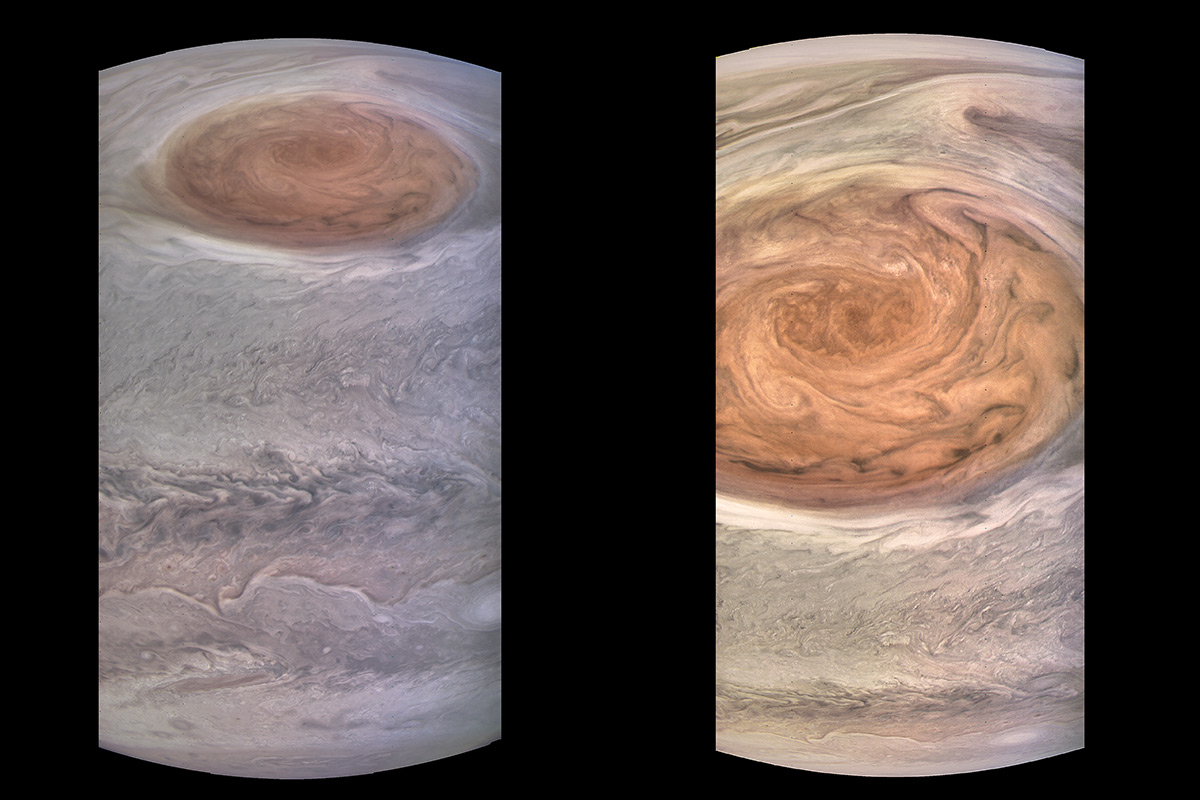 During such a close passage, all eight Juno research instruments were engaged in a detailed study of the atmosphere and magnetic field in the OPF area. The apparatus observed how the temperature zones inside the vortex are located and how various molecular layers of different gases penetrate it deeply. This is necessary in order for scientists to answer the most interesting question: at what distance from the top is the “root”, the lowest level of the storm.

A large red spot is one huge mystery. Astronomers have been watching it for 150 years, but still can not understand how a 16,000-kilometer storm can survive and sustain activity for such a long time. Perhaps a closer look at the cloud surface will help to get closer to understanding the principles of the OPF device: many scientists believe that a storm originates in the depths of a gas planet, but this hypothesis requires confirmation and much more complex analysis.