NASA published a snapshot of a spiral galaxy 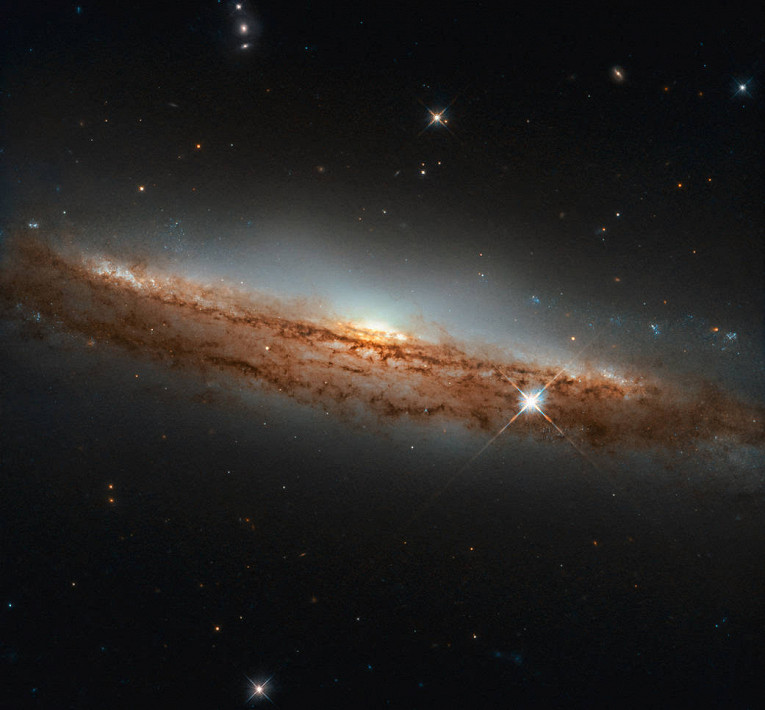 NASA has published a photograph of a spiral galaxy, which was taken using the Hubble Space Telescope.

This galaxy is located at a distance of about 60 million light-years from Earth and is part of the constellation Hydra.

According to scientists, in most cases, spiral galaxies are in the form of a “thin pancake”. Despite this, inside them are bright spherical bulges filled with stars.

Therefore, if you look at such galaxies from the side, then they become like flying saucers, scientists explain.