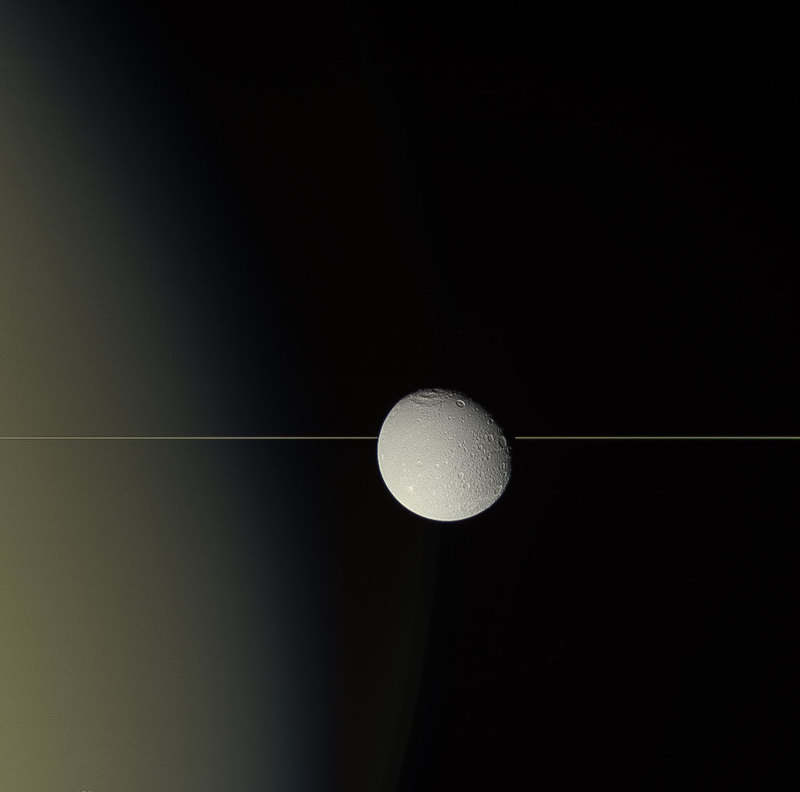 NASA published a picture of one of the natural satellites of Saturn – Dione. In the photo (made by “Cassini” as early as 2015), one can also see the rings of the gas giant – from this perspective they appear surprisingly thin.

NASA published a photo the other day, but it was made on August 17, 2015. At that time, the Cassini probe was from Dione, one of Saturn’s natural satellites, at about 106,500 kilometers.

In the photo, the rings of the gas giant are shown as an “edge,” and one can estimate how subtle they appear from this angle. Although the diameter of the rings is thousands of kilometers, their thickness, as noted in NASA, in most places is only about 10 meters. The diameter of Dione is 1 123 km.

The automatic interplanetary station “Cassini” was launched in 1997, and in September of last year completed its mission (the apparatus was burnt in the atmosphere of Saturn).