NASA published pictures of the storm on Jupiter 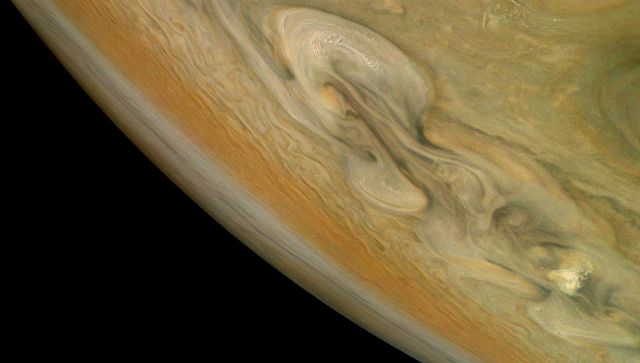 The American Aerospace Agency (NASA) published photographs of the storm raging on the north pole of Jupiter.

The picture was taken in December by an automatic Juno station, which is in the orbit of Jupiter. At the moment, captured in the photo, the probe was about 9 thousand kilometers from the cloud layer of the planet.

The station approaches the fifth from the Sun planet once in 53 days.