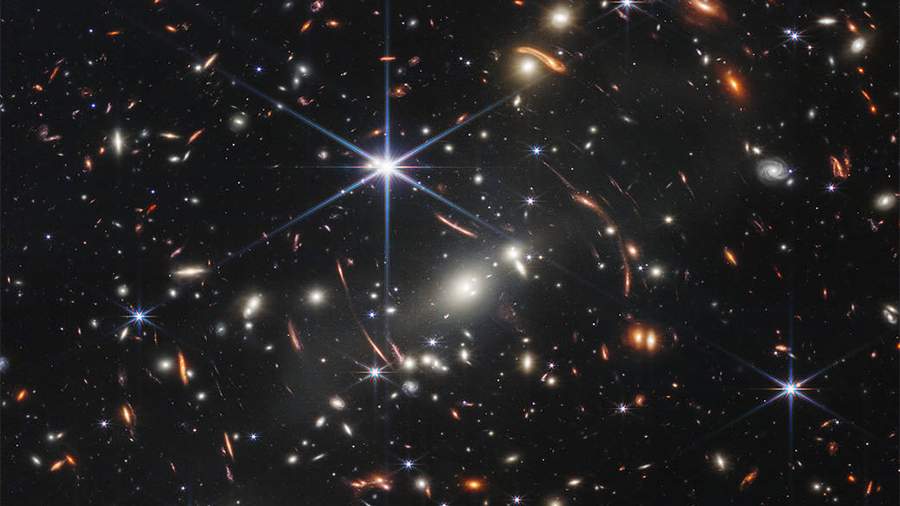 The US National Aeronautics and Space Administration (NASA) released the first image taken by the James Webb Space Telescope. The department announced this on July 12 on its official website.

NASA’s James Webb Space Telescope has captured the deepest and sharpest infrared image of the distant universe to date. This image of the galaxy cluster SMACS 0723, known as Webb’s First Deep Field, is replete with detail,” NASA said in a statement.

It is noted that thanks to the telescope, it was possible for the first time to capture thousands of galaxies, including the dimmest objects ever observed in the infrared range.

“This piece of the vast universe covers an area of ​​the sky about the size of a grain of sand that someone on earth holds at arm’s length,” the department explained.

Thanks to the new telescope, American astronomers will be able to learn more about the masses, ages, history and composition of galaxies. This is possible because “James Webb” is able to find the earliest galaxies in the universe.

On July 8, NASA announced that the James Webb Space Telescope had taken the most detailed infrared image of the universe yet. Consisting of 72 exposures, the photo was called one of the “deepest” photographs of the Universe. The age of the galaxies depicted in the image cannot be determined, but impressive space landscapes can be seen on it. Although the image is technical, it clearly captures even very faint objects, despite the fact that it has not been optimized for scientific research.

Instruments that existed before the advent of the James Webb telescope can capture areas of space located at a distance of no more than 330 million light-years from our planet. In addition, the light of the more distant Universe goes from ultraviolet to infrared, so other telescopes are not able to capture it.

On February 11, NASA published the first image taken by the James Webb Space Telescope, which at that time had created 1560 of them. to the auxiliary, and NIRcam detectors.

The James Webb Telescope is a joint project between NASA, the European Space Agency and the Canadian Space Agency. It was launched on December 25, 2021 from the launch site at the Kourou launch site in French Guiana using an Ariane 5 launch vehicle. The next day, specialists adjusted the telescope’s flight path. The device will study the oldest stars and galaxies that formed after the Big Bang, and search for potentially habitable planets. The estimated service life is 10 years.