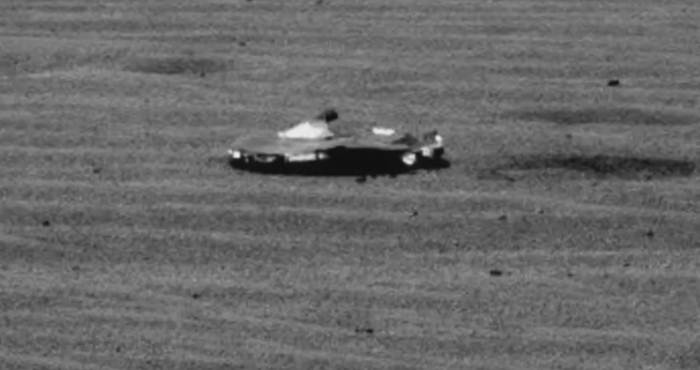 June 12, 2017 on the official website of NASA, was posted another portion of photographs taken by the rover and on one of them, a strange object was seen, similar to a crashed flying saucer, and near it were traces of the rover, which indicates that The object was very interested in NASA and was sent to “Curiosity”

Enthusiasts managed to copy a remote photo, which was erased by NASA in a couple of days without explanation. Researcher Mauricio Ruiz, who first discovered a strange object, sent an official request to NASA asking him to explain why the agency removed this photo from the public.

NASA usually ignores such requests, but it’s surprising that Ruiz came to an official response saying that the remote photo had an Earth spacecraft that had crashed when landing on Mars on December 22, 2004. NASA also stated that this accident was not officially reported. NASA specified that the photo was not deleted at all, but moved to another site.

Ruiz, clicked on the link and looked at the photo again, it turned out that it is very, very different from that first original photograph, which indicates that NASA subjected the photo to processing and careful editing.