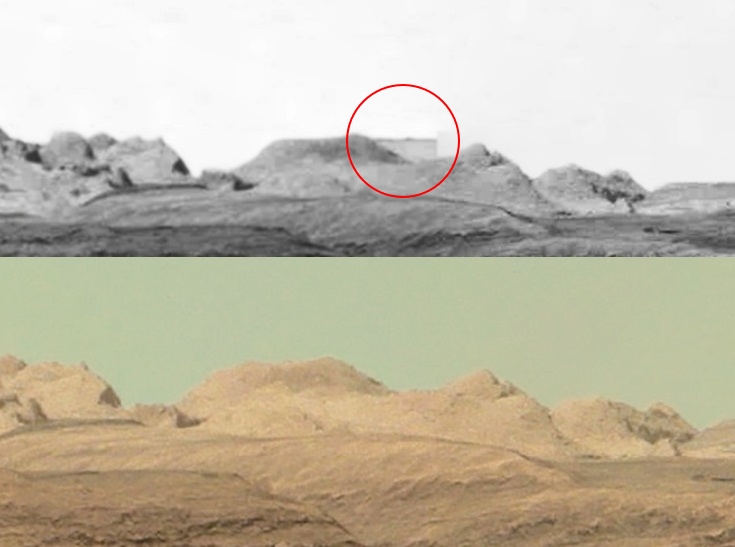 NASA has been caught editing photos from the surface of Mars on which the Agency erases the objects of artificial origin. So in the panorama of Mars from September 16, 2013 sent by the Mars Rover “Curiosity” between two peaks on a mountain ridge clearly visible large rectangular structure, but the photograph dated 11 February 2017, this object anymore.

Since that time, a facility of this size couldn’t just disappear, so it just erased, that would not answer uncomfortable questions.