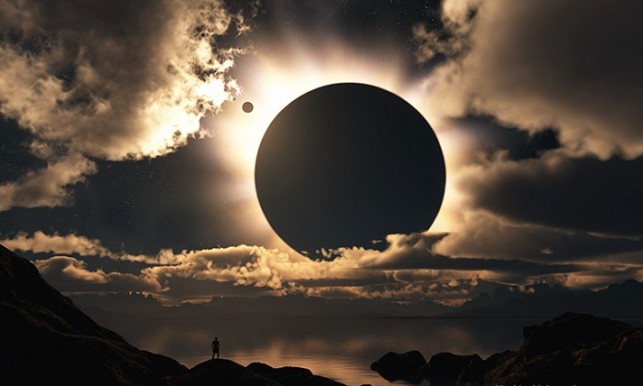 August 21, 2017 in the US for the first time in 99 years you can watch a total solar eclipse – 14 states expect more than two minutes of darkness in the middle of the day.

As explained in NASA, scientists are more concerned with the hidden effect of the astronomical phenomenon. In particular – the sudden loss of ultraviolet radiation from the sun, which generates an ionized layer of the earth’s atmosphere.

– The eclipse will disconnect the ionosphere source. The latter during the total solar eclipse will drastically change from day to night conditions, and then back, “said cosmonaut Bob Marshall, a specialist from the University of Colorado.

He explained that the ionosphere is in the center of attention of NASA. Specialists intend to use the solar eclipse as a “ready experiment, kindly provided by nature.”

The subtlest ionosphere, which is an electrified layer of the atmosphere, stretches above the earth’s surface at an altitude of 70 kilometers. The ionosphere reacts to changes in cosmic weather, which can manifest itself, for example, in failures of navigation systems.

According to Greg Earle, an electrical and computer engineer, NASA technicians are technically prepared for possible difficulties, and have all the resources to study in detail all the effects of the coming astronomical phenomenon.

“For scientists, this will be the best solar eclipse from what happened.” We will be drowning in the data, “said Greg Earl.