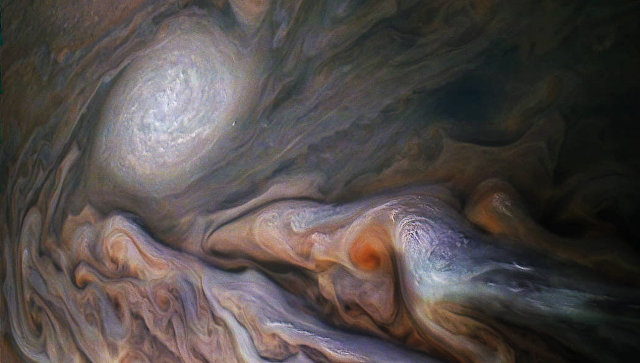 NASA has published a photo of complex swirling clouds in the Northern Temperate Jupiter.

The frame was made with the help of the Juno spacecraft, which was located seven thousand kilometers from the upper cloud layers.

As noted, in the picture you can see several bright “pop-up” formations and anticyclonic storm – the so-called White Oval.

Juno was launched in August 2011 for the study of Jupiter, it entered its orbit in July 2016. The tasks of the mission include the study of the gravitational and magnetic fields of the planet, as well as testing the hypothesis that Jupiter has a solid core.