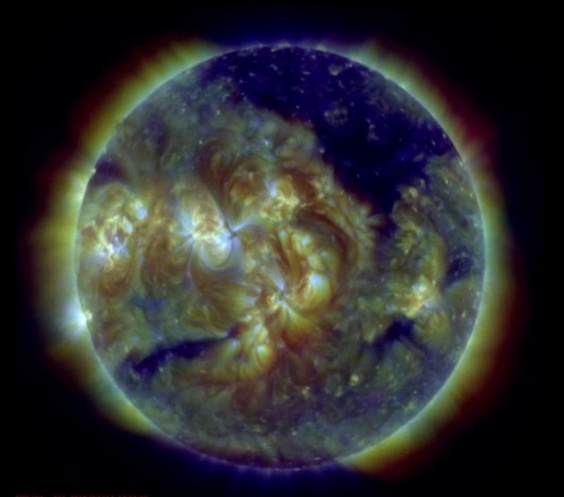 Unusual video was presented by the researchers from NASA. The footage you can see the “angry face” of the Sun, however, as emphasized by astronomers, in fact — it’s just an illusion.

The sun can cause superspice, capable of killing life on Earth
Scientists explained that the “eyes” are two luminaries of the active region, coronal mass ejection, and the illusion of “mouth” has created a dark and cool part of the star, sending the magnetic field into space.

“The evil face of the Sun failed to consider the famous optical effect — pareidolia. The essence of this phenomenon consists in the formation of illusory images, as a basis which are the details of the real object.