NASA says it is running out of astronauts 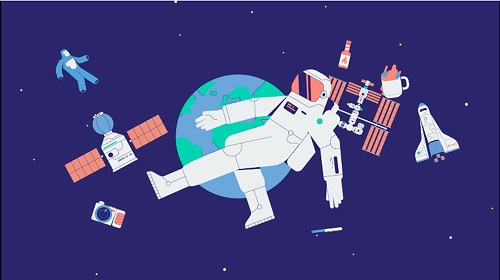 NASA may need more astronauts to achieve its manned spaceflight goals in the coming years, according to a new report from the agency’s research division.

NASA currently sends astronauts to the International Space Station only on SpaceX’s Crew Dragon capsules and Russia’s Soyuz spacecraft. However, the agency’s ambitious Artemis program to return humans to the Moon is set to change this situation. The first crew mission is scheduled for 2024. This mission should be the first step in developing a long-term lunar exploration program that will facilitate future human exploration of Mars.

As a result, NASA is looking to send more astronauts beyond Earth — perhaps more than the agency can expect to have available, according to an Office of the Inspector General report released Tuesday (Jan. 11) that assesses how NASA manages its astronauts.

“After peaking at nearly 150 astronauts in 2000, the corps has declined since shuttle flights ceased in 2011 and now stands at 44, one of the smallest astronaut cohorts in the past 20 years,” officials wrote in the report. “As NASA enters a new era of manned spaceflight, including returning to the moon and eventually landing humans on Mars, effective management of the astronaut corps – the people who fly into space – is critical to the agency’s success.”

While flying space missions is perhaps the primary responsibility of a NASA astronaut, NASA also gives astronauts roles such as dispatchers who relay information from the mission control center to space, as well as training new astronauts and telling the public about NASA’s work.

NASA currently has the smallest astronaut corps. The current corps size is due in part to a surge in retirements – about 10 a year, according to the report – around 2011, when the agency decommissioned its space shuttle fleet and flight capabilities were dramatically reduced.

The potential shortage is further compounded by the fact that astronauts are not interchangeable, according to the report. NASA assigns individual astronauts to specific flights based on a variety of criteria ranging from flight experience, preparation for a particular ship, to how their specialized knowledge blends with the rest of the crew. Meeting these requirements will become more difficult as NASA astronauts fly more and more different types of vehicles to different destinations, the report warns.

“When a corps is tied to a single mission, as is now the case with the ISS (International Space Station), the Astronaut Office has the ability to quickly reassign astronauts because all 44 astronauts were selected and initially trained for the same mission,” the officials wrote in the report. “However, as the agency undertakes new missions with new requirements and new vehicles, fewer astronauts will be trained and available for each mission.”