NASA showed a photo of the near-earth asteroid Eros 2000 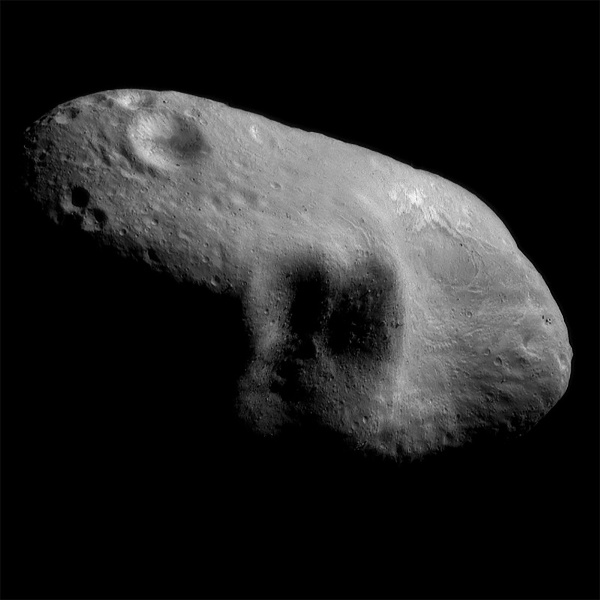 March 3, 2000, the spacecraft NEAR Shoemaker (NASA) was photographed the asteroid Eros, which received its name in honor of the God of love. The following image was created from six separate photos of the space blocks. All these photos were taken from a distance of 204 kilometers from the surface of a 32-kilometer asteroid.

Eros is a near-earth asteroid, the first to open on 13 August 1898. This asteroid went down in history as the first asteroid, which was discovered natural satellite.