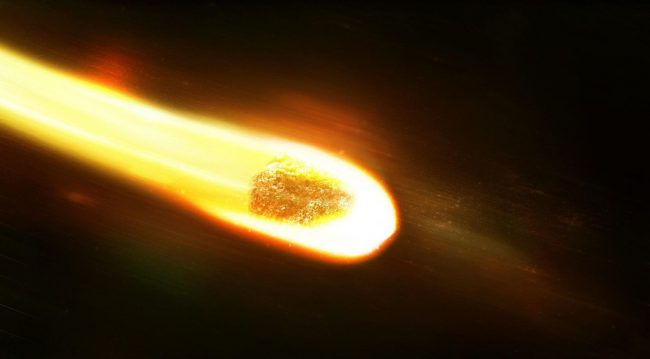 Meteorites fall on our planet all the time. Some reach its surface, but most of it still burns in the atmosphere. The largest found today meteorite is the “Goba”, the mass of which is more than 65 tons, and the volume – 9 cubic meters. In total, about 5-6 metric tons of meteorites fall on the Earth in one day only, and for a year their total mass reaches an impressive 2000 tons. Space agency NASA with the help of a supercomputer Pleiades generated a video demonstrating what happens to a meteorite falling at a speed of 20 kilometers per second through the earth’s atmosphere.

Burning in the Earth’s atmosphere, the 3D model of the meteorite was created by NASA Advanced Supercomputing specialists, created within the framework of the Asteroid Threat Assessment Project. Such high-precision simulations will help scientists to calculate the scale of destruction that a fallen meteorite can cause, and, if possible, try to minimize these disruptions in the future. The size of the meteorite represented in the simulation is roughly comparable to what fell on Chelyabinsk in February 2013.