NASA showed a swarm of asteroids in the solar system 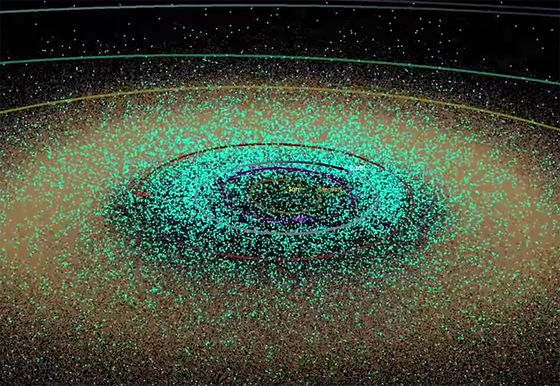 Although it seems that space is full of space, the new NASA simulation, showing the swarms of asteroids that move through the solar system, gives the impression that it is a bit crowded.

A beautiful, if not alarming, new video shows all the large asteroids discovered over the past two decades by NASA’s Near Earth Objects Research Center. All of them are in the range of 48 million km from the orbit of our planet.

When the center first received a mission to track near-Earth objects in 1998, only a few hundred dangerous asteroids were known. Since then, as shown on the magnificent animation above, more than 18,000 near-Earth objects have been added to the list.

Taking into account that in the asteroid belt between Mars and Jupiter 1.9 million objects, a miracle that we are still here.

To warm up the alarm, which you already certainly feel, scientists add that on average 40 new asteroids are opened every week. Fortunately, none of the asteroids that fell in the catalog since January 1, 1999, poses a threat to the Earth in the foreseeable future.

The initial mission was to catalog at least 90% of near-Earth objects more than a kilometer in diameter. The center coped with the task successfully and did not stop there.

In 2005, the group received a new mission – to hunt for an asteroid up to 140 meters in size until 2020. Although such boulders will not destroy the planet, millions can be lost because of them. An asteroid with a diameter of 280 meters (equal in size to three football fields) will be enough to destroy most of New York.

So do not worry: the chances of getting hit by an asteroid are incredibly low, at least until the skies above our heads are under the supervision of scientists.