NASA showed a unique star cluster in the constellation Sail 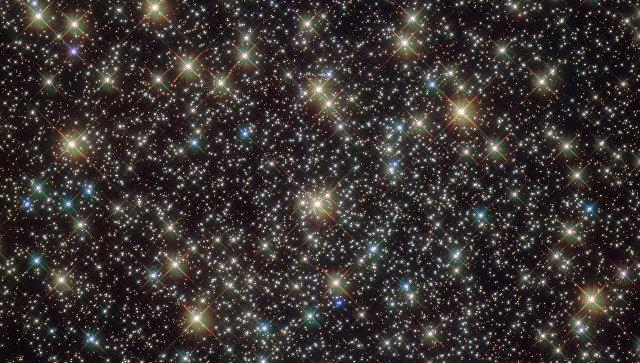 NASA published a photo of the star cluster NGC 3201, made with the Hubble orbiting telescope.

The globular cluster NGC 3201 is located about 16,000 light-years from the Earth in the direction of the southern constellation Parus. It was discovered in 1826, and scientists are still trying to uncover the riddle of its origin.

Not so long ago, astronomers discovered a black hole hiding in the center of NGC 3201. Its position was uncovered by the strange movement of a star swirling around a massive invisible satellite.

In addition, the cluster has unusual properties that make it unique among more than 150 such phenomena belonging to the Milky Way. In particular, NGC 3201 has an extremely high speed relative to the Sun, and its orbit is retrograde.