NASA showed an eclipse on Jupiter from space 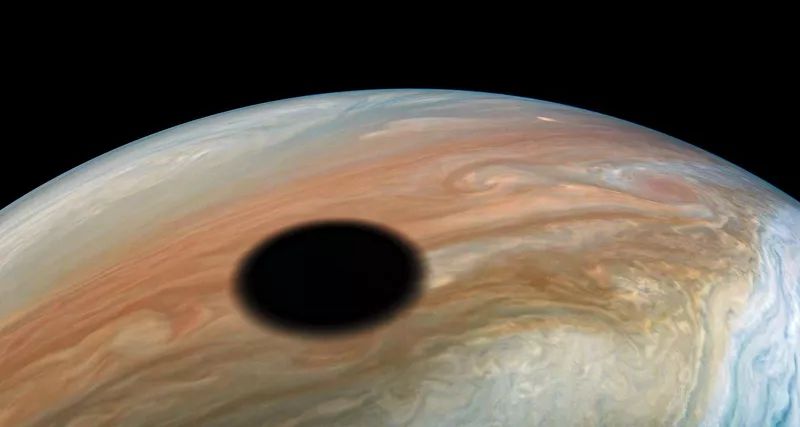 Io is Jupiter’s closest and most volcanically active moon. Most recently, NASA was able to take an amazing picture of the shadow cast by Jupiter’s moon on the planet during a solar eclipse using the Juno spacecraft.

Such events often occur on Jupiter, because this large planet immediately has 79 satellites (according to the latest data from 2019). In addition, unlike most other planets in our solar system, Jupiter’s axis is not strongly tilted relative to its orbit, so the Sun never deviates far from Jupiter’s equatorial plane. This means that the planet’s satellites regularly cast their shadows on the planet throughout the year.

Juno’s images of Jupiter appear to have been taken with a fisheye filter. This is due to the proximity of the device to the planet. At the time of receiving the new frame, the device was approximately 7862 kilometers from the planet’s clouds. The shadow seen in the photo is 3,600 kilometers wide. Interestingly, the satellite itself is about the same size (Io’s diameter is 3,642 kilometers). 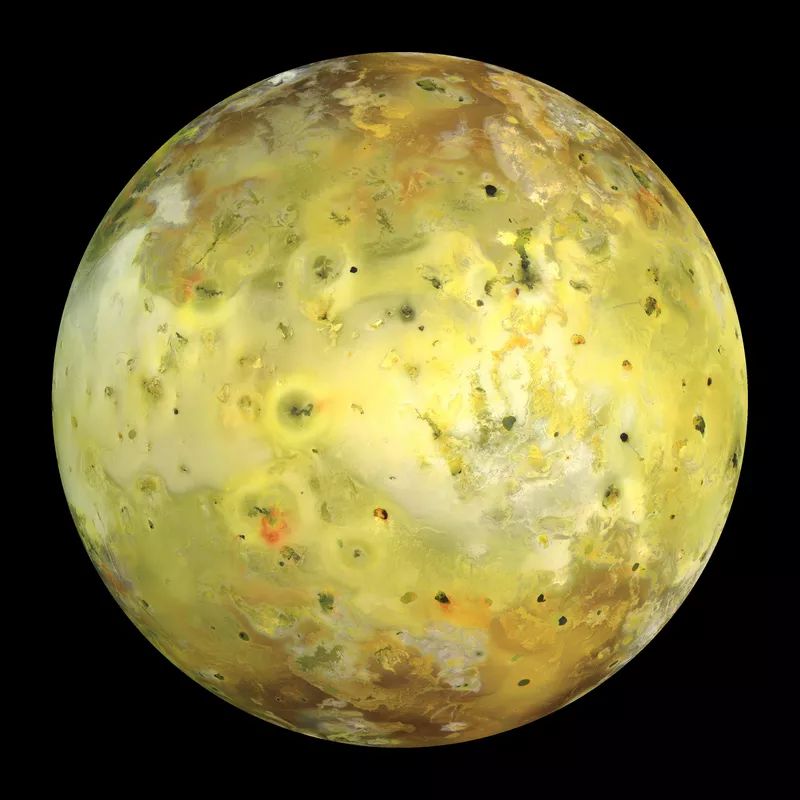 The sharpest shot of Io ever. It was received by the NASA Galileo spacecraft in 1999 during its closest pass to the satellite.

Io is not much larger than our Moon (3474 kilometers in diameter). However, the satellite of Jupiter is notable not for its size, but for the numerous active volcanoes on its surface (more than 400). Some of the satellite’s volcanoes are so strong that emissions of sulfur and sulfur dioxide rise to heights of up to 500 kilometers.