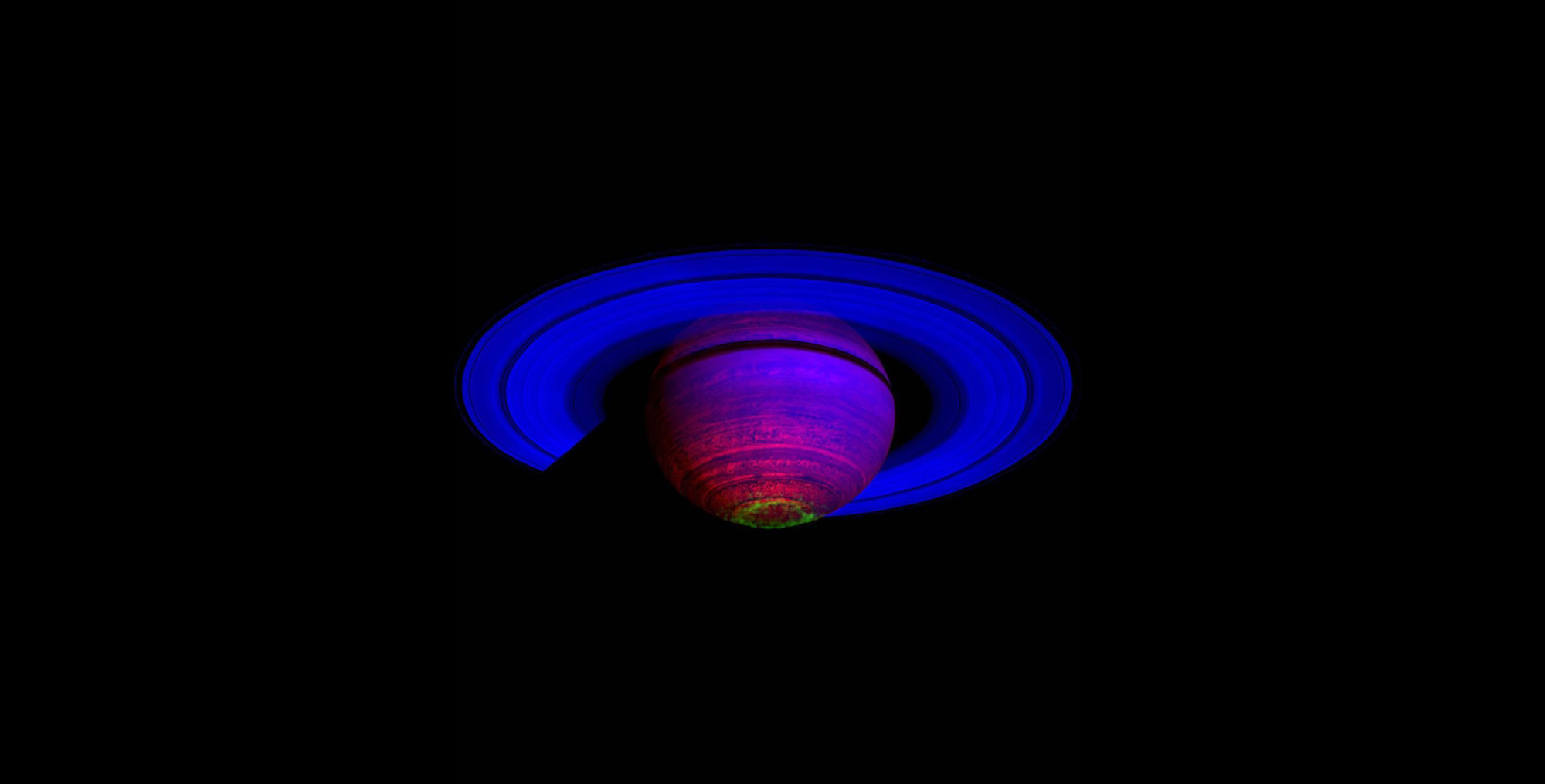 NASA scientists used the data from the Cassini spacecraft to create a new image of Saturn. The gas giant is shown in the infrared spectrum. Photo posted to NASA’s official Instagram account.

At the bottom of the image you can see the polar (or southern) lights in the atmosphere of Saturn. It extends to a distance of about 1000 kilometers above the south pole of the planet.

In addition to unusual atmospheric phenomena, Saturn, along with Jupiter, Uranus and Neptune, stands out for its unusual temperature in the upper atmosphere – it is quite high, given how far these planets are from the Sun compared to Earth.

Researchers have concluded that the northern and southern planets are responsible for the high temperature in the upper atmosphere of the gas giants. The current created by the interaction of the solar wind and charged particles from Saturn’s satellites, leads to the appearance of auroras and heats the air.