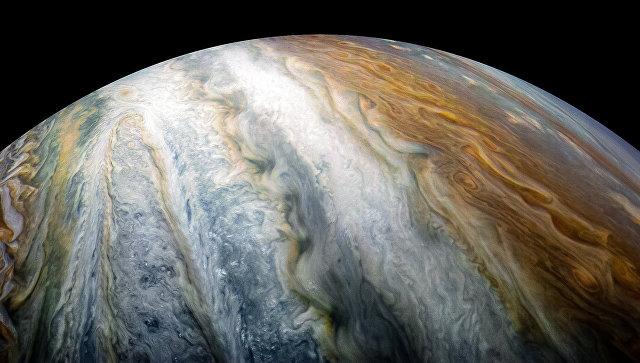 The Juno automatic station received images of clouds that encircle the south pole of Jupiter.

The NASA website notes that the picture was taken in December during the tenth approach of the probe to Jupiter. The device was located at a distance of more than 13 thousand kilometers from the peaks of the clouds of the planet.

The probe Juno (“Juno”) was launched from Cape Canaveral in August 2011. The device went to a stable orbit around Jupiter only five years later. The first two months after the collision the probe spent on reducing the orbit and checking all scientific instruments, the first data were received only at the end of August.

The station approaches Jupiter once every 53 days. In October 2016, the probe flew at a distance of only 10 thousand kilometers from the upper atmosphere of the planet and received a new portion of information about the structure of its interior and mysterious polar lights at the poles.