NASA showed the image of the Earth, taken from a new satellite GOES-17 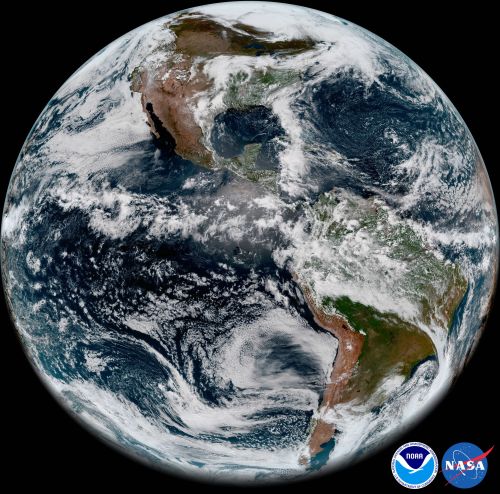 The image was captured using an extended basic thermal imager (ABI) and was first published this week.

The GOES-17 satellite rotates around the Earth in a geostationary orbit about 36,000 kilometers above the planet’s surface. The image was created using two visible bands of blue and red along with one near infrared.

These ranges proved to be working, despite problems with satellite cooling systems. Three ranges were combined into a single image of “GeoColor”, which conveys the bright planetary details and colors familiar to man. In this range, you can see even the dust, smog, haze, clouds, fog, wind and vegetation.

ABI images are also used by meteorologists for monitoring and forecasting weather and hurricanes. GOES-17 significantly improved resolution and speeded up scanning compared to the previous satellite. GOES-17 was launched on March 1, 2018 from the Kennedy Space Center.