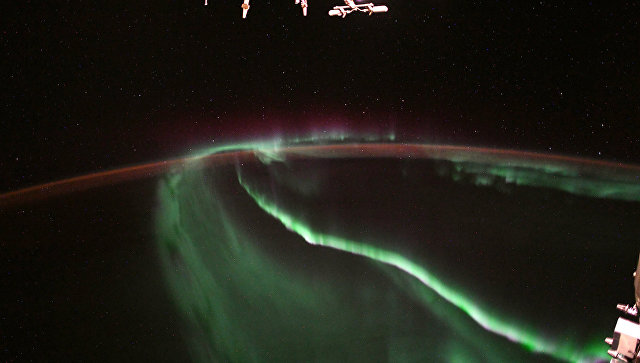 NASA published a picture of the Northern Lights, made from space.

A natural phenomenon was captured by astronaut Alexander Gerst, while on board the International Space Station.

“It’s stunning, every time you see it.” I wonder what the researchers thought earlier, who first saw the radiance and who had never heard of it before … “- said Gerst.

Northern Lights – glow of the upper layers of the atmospheres of planets that have a magnetosphere, which occurs when interacting with charged particles of the solar wind. This phenomenon is observed mainly in the high latitudes of both hemispheres.