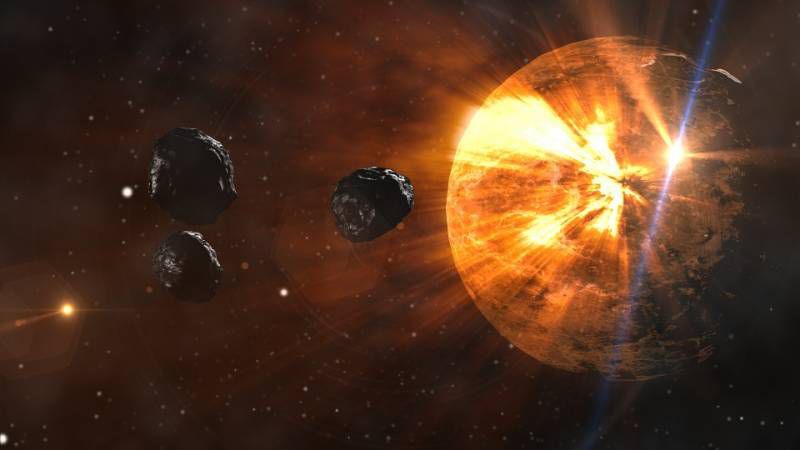 In particular, NASA suggested that the US government use huge nuclear warheads to destroy dangerous asteroids and create a special unit of ships for this purpose, which will deal with the destruction of asteroids. The risks of collision of cosmic years with the Earth’s surface are minimal, but nevertheless are present, stressed in NASA.

For example, Bennu’s cosmic body, which is now in the region of the Sun, can fall to Earth in about 100 years. This asteroid is still at a safe distance from our planet, but from about 2,700 odds one can be catastrophic for the Earth. Specialists of the US agency have developed a project in which it is planned to launch almost nine-ton ship into space. He will land on a potentially dangerous object and slow down his movement in outer space. After slowing its movement, the Sun will be able to attract this object to itself, having changed its orbital flight.

Astrophysicists are sure that if a small potentially dangerous asteroid is discovered in space, it can be destroyed with the use of nuclear weapons. While the agency is not engaged in the construction of spacecraft, ready to land on an asteroid. But if the US authorities support this project, then the construction of the device can begin soon, added to NASA. In the successful implementation of the project, the agency is almost sure.

Recall, previously reported that astronomers were able to detect a space object that entered the solar system from interstellar space. According to the latest information, this body will fly between the orbits of Jupiter and Saturn. In the early autumn of 2019, this asteroid will approach the Sun. Now, astronomers are faced with the task of calculating the most accurate orbit of the flight of a given cosmic body.